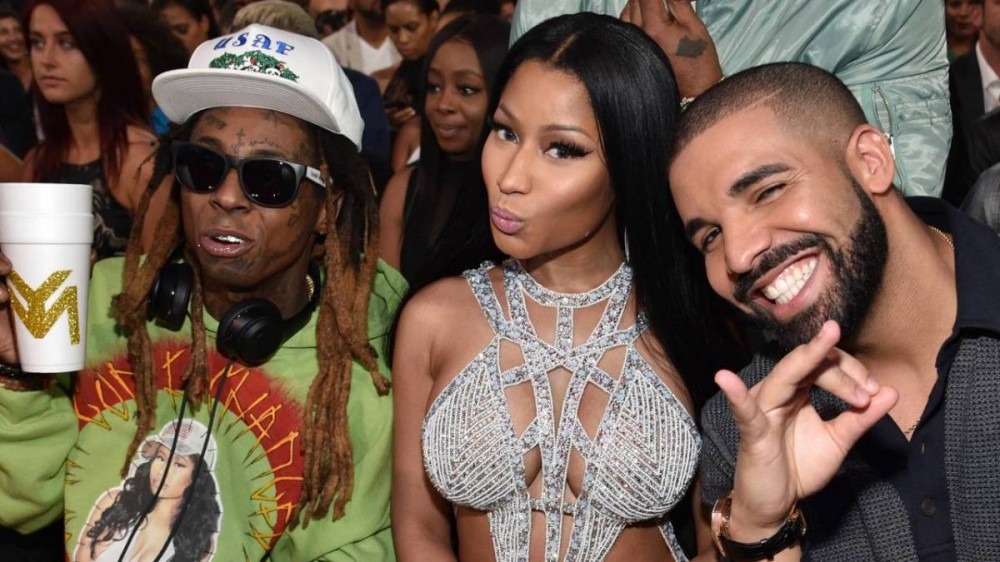 Writer’s block is something most creatives can relate to. The strenuous time period even impacts some of the best rappers to pick up a pen. Nicki Minaj admitted she suffered from writer’s block while she was pregnant with her firstborn son and it took a phone call from Drake to change everything.

During an interview with Joe Budden, Nicki opened up about her 2020 writer’s block experience — which she first touched on in an Instagram Live with Drake — and how she had to re-write her verse six times to match her Young Money brothers Drizzy and Lil Wayne on what we now know as the song “Seeing Green.”

“I came out of writer’s block with ‘Seeing Green,’” she explained. “Literally, yes. How that happened was I texted Drake one time and was like, ‘The label wants to put out Beam Me Up Scotty and I was like I can’t put out a mixtape and not give them something new.’ I was like, ‘Yo, what’s hot outside you think I should jump on?’

“He texted me back to jump on this. I listened to the song and I was so out of it like, ‘Y’all put this out already?’ Him and Wayne was already on it. He was like, ‘No.’ I kept on trying to write to it and everything I was saying was just so stupid and bad.”

Nicki went on to detail how she had to send Drake about six different verses to fit the song and her need for a sparring partner to get her bars up to par.

“Nobody knows what type of pressure that was,” she said. “I sent Drake like six different verses.”

“Seeing Green” served as an electric nostalgia-packed Young Money reunion as the opening track to her Beam Me Up Scotty mixtape, which arrived on streaming services in May 2021. The song debuted at No. 12 on the Billboard Hot 100.