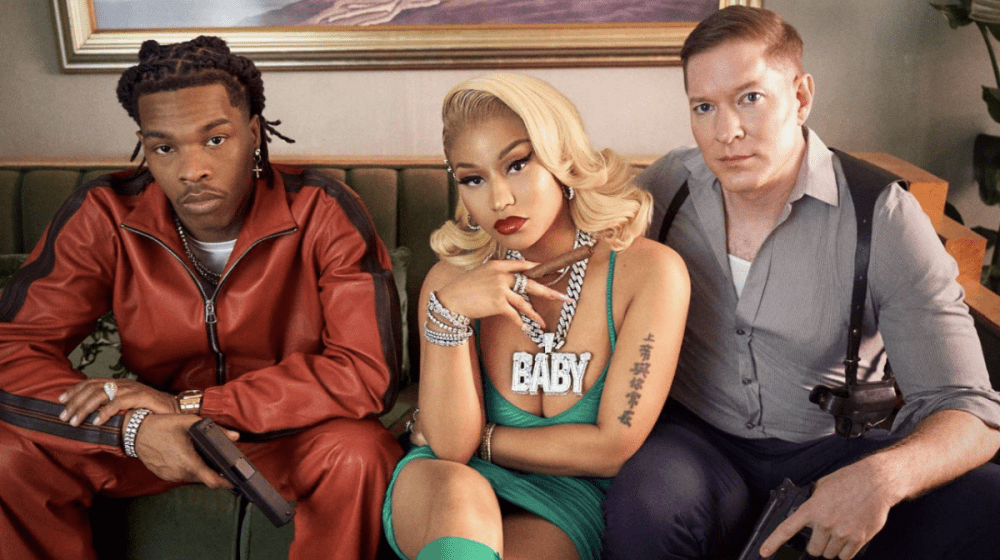 Nicki Minaj returned on Friday (February 4) to kick off the rollout of album number five, which might be coming sooner than the Barbz think.

The Queen teamed up with Lil Baby for “Do We Have A Problem?” and also delivered an accompanying visual starring actors Joseph Sikora and Cory Hardrict with Nicki playing the role of a secret agent.

The Queens native is taking a page out of Kanye West’s G.O.O.D. Fridays series by turning every Friday into Pink Friday with a new song each week. Nicki took to her Instagram to tease more heat in the stash with Lil Baby that’s expected to arrive next week.

“Next week, which is the next Pink Friday, you guys will be getting another treat,” she said. “Yes, der, it’s ‘Bussin’ y’all. Why would I give y’all a snippet to a song and give y’all something next week. Yes, next week is Pink Friday and it’s all about ‘Bussin’ next week. And this week is all about ‘Do We Have A Problem?’”

There’s also a preview of “Bussin” at the end of the “Do We Have A Problem?” video as well.

Speaking with Zane Lowe, Nicki Minaj teased that her 2022 album is coming “very soon” but stopped short of putting a date on the project.

“So the album is coming very soon, obviously,” she said. “That’s why I started putting out music. Like I said before, from now on, every Friday, it will be called Pink Friday.

“I do have a lot of surprises lined up for the fans leading up to the album, but we want to definitely get the album out there quickly. I will say that. I would like to give them a taste of a little bit more music before the album comes out, but we think that it’s time.”

Nicki’s forthcoming album will serve as her first LP since 2018’s Queen, which debuted at No. 2 on the Billboard 200 behind Travis Scott’s Astroworld.