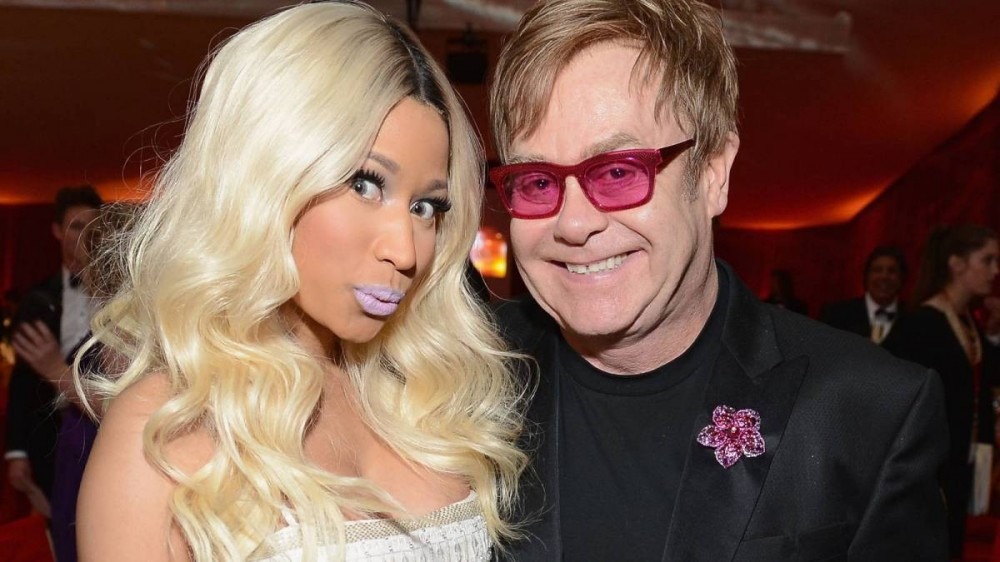 Sir Elton John has a career that spans over seven decades, beginning in 1969 with his official debut studio album Empty Sky. Over 30 studio efforts later, the rock music icon is preparing a new album called The Lockdown Sessions, a nod to the ongoing COVID-19 pandemic.

On Wednesday (September 1), the multi-platinum singer tweeted the album’s tracklist, which comes with some surprising features from Nicki Minaj, Lil Nas X, Young Thug and 6LACK.

“The last thing I expected to do during lockdown was make an album but here it is,” he wrote in the caption. “Thank you to everyone who came together to make it happen. I can’t wait for you all to hear ‘The Lockdown Sessions’ when it’s released on 22 October, but for now, preorder it from today.”

The last thing I expected to do during lockdown was make an album but here it is. Thank you to everyone who came together to make it happen.

I can’t wait for you all to hear ‘The Lockdown Sessions’ when it’s released on 22 October, but for now, preorder it from today. pic.twitter.com/u8Qfvuk1Fk

Of course, this isn’t the first time Elton John has tapped into the Hip Hop/Rap world. Who could forget his explosive performance with Eminem at the 2001 MTV Video Music Awards where they did a duet of “Stan?”

At the time, the collaboration sparked intense scrutiny from activist groups such as the Gay and Lesbian Alliance Against Defamation (GLAAD), which released a statement saying it was ”appalled that John would share the stage with Eminem, whose words and actions promote hate and violence” against gays and lesbians.

But John remained steadfast, telling the Los Angeles Times he would ”rather tear down walls between people than build them up. If I thought for one minute that he was hateful, I wouldn’t do it.”

The two music behemoths have become close friends over the years, and John has played an integral role in Slim Shady’s road to sobriety.

But one person who isn’t going to be featured on The Lockdown Sessions is DaBaby. John was extremely disappointed by the KIRK rapper’s homophobic comments at Rolling Loud Miami in July.

“We’ve been shocked to read about the HIV misinformation and homophobic statements made at a recent DaBaby show,” the Elton John AIDS Foundation wrote on John’s social media last month. “This fuels stigma and discrimination and is the opposite of what our world needs to fight the AIDS epidemic.⁣”

DaBaby has since attempt to make amends with the LGBTQ community and reportedly met with Black leaders from nine HIV organizations on Tuesday (August 31), including the Black AIDS Institute, GLAAD, National Minority AIDS Council (NMAC), and The Normal Anomaly Initiative.