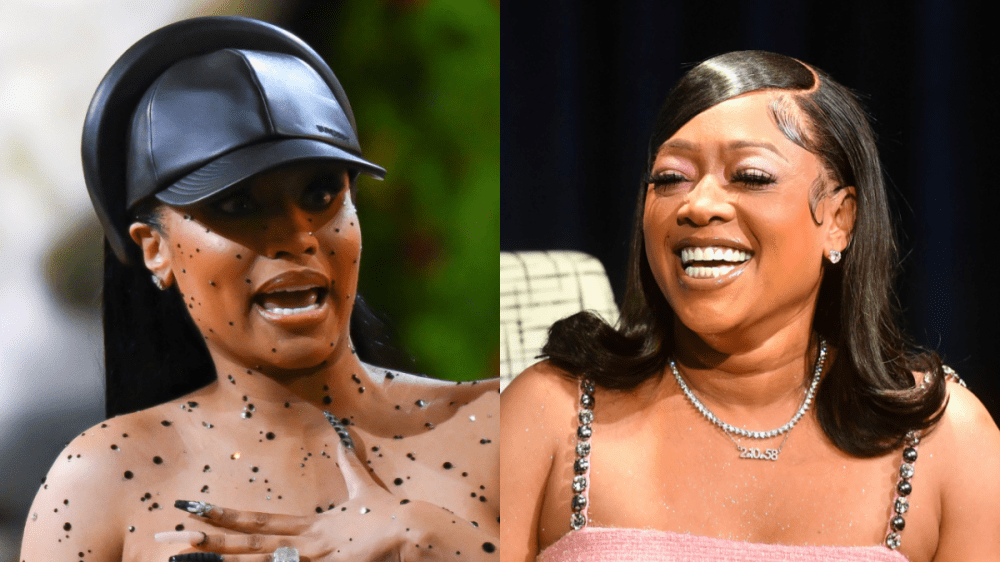 Nicki Minaj is one of the most recognizable people in the world, but even she isn’t safe from fans confusing her for others, such as fellow rapper Trina.

On Wednesday (August 3), the Young Money hitmaker posted a video on TikTok detailing a recent encounter with a fan who confused her for the self-proclaimed Baddest Bitch. As Nicki explained, she made a quick run to the store after a meeting when the case of the mistaken identity happened.

“Y’all, I just came back from this meeting, right? On my way home, I asked the driver to drop me off at this store,” Minaj began. “I get in the store and I pick up a couple of things. I look exactly like this. I go up to the cash register and the man at the register, he start looking at me like, you know, he didn’t want to blow my cover, ’cause there’s other people waiting right behind me in the store.”

She continued: “So I lean in ’cause it’s clear that he’s trying to tell me something and I don’t want to talk too loud. He was so serious, but he was mad excited. So I’m like, ‘Of course, global icon superstar.’ I’m thinking in my head, ‘It’s okay.’ He leans in and with all seriousness he said, ‘I been listening to you all day.’”

The cashier then told Nicki, “That old school shit is my favorite,” which left her confused as she’s not considered a part of that generation. The confusion became clear once the cashier said, “That one with you and Trick Daddy,” referring to Trina’s collaborations with the veteran Miami rapper.

Nicki capped off the video by recreating the deadpan expression she gave the cashier before letting out a resounding “sir.”

Things went sour, though, when Trina’s A&R, Reginald Saunders, accused Nicki of not promoting the single. Nicki responded during an episode of Queen radio, claiming they were to blame. Trina later took full responsibility for the mishap on Instagram Live.

In case anyone confuses her someone else in the future, Nicki Minaj is currently prepping a documentary about her life and career. The six-part film chronicles her rise to fame, starting with her early mixtape days to becoming the global superstar she is today.