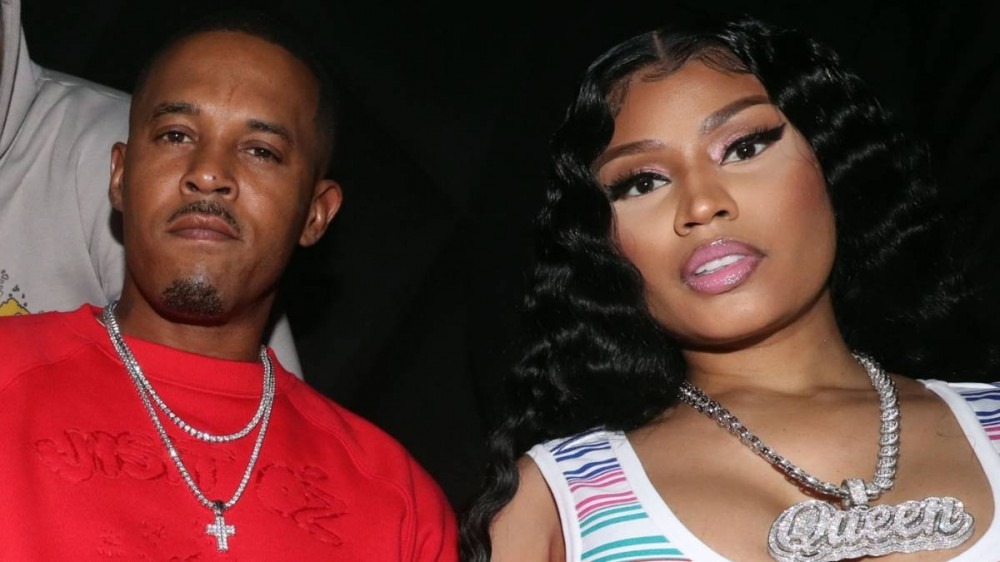 Nicki Minaj and her husband Kenneth “Zoo” Petty are still dealing with the aftermath of his 1995 first-degree attempted rape conviction.

On Wednesday (August 24), a video of victim Jennifer Hough saying she “made a mistake” in regard to pressing charges against Petty surfaced online. But her attorney, Tyrone Blackburn, is disputing the validity of the clip.

“This heavily edited video conversation with Jennifer and Black (the same man that threatened her life on IG live) does not deserve a comment,” Blackburn told Radar Online. “Ask that rapist to explain the transcript from his plea hearing where he admitted to attempting to rape Jennifer with a knife at his grandmother’s house.

“Not only do we have the plea hearing transcript, we are in the process of getting over 200 pieces of evidence and video from the 1994/95 rape case. Stay tuned.”

The video in question found Hough discussing the statutes of limitations on perjury and her previous attempts to drop the charges.

“There’s no statute of limitations on perjury,” she said. “Perjury is when you lie under oath. And regardless, if I made a statement or didn’t make a statement, that is the reason why I stood up in court and I said, when the judge asked, ‘Like, yo does anybody have anything to say before he is sentenced?’

“I stood up and I said, ‘Your honor, I’m the person who pressed the charges. I would like to drop the charges. I made a huge mistake. This was a –‘ this was in court. In front of his family, in front of friends, in front of everybody. Whatever. And they was like, ‘Take it to the D.A. and nobody wanted to hear shit.”

Petty served approximately four years behind bars for the crime. Once he was released, he was picked up again for first-degree manslaughter. In March 2020, after he’d already married Nicki, he was arrested in Beverly Hills for failing to register as a sex offender.

According to Hough, the couple eventually attempted to bribe her into recanting her story about the alleged 1994 incident. Hough then hired Blackburn to sue them for witness intimidation and harassment.

Hough and Blackburn agreed to an interview with The Real last September where she was allowed to tell her side of the story.

“I just knew he did what he did, and he went to jail,” she said. “I had to leave my family, I had to leave my home and I had to move away. [Nicki] called me, and said she got word I was willing to help them out in the situation. I didn’t understand what she was referring to, and she offered to fly me and my family to L.A. I turned it down. I told her, woman-to-woman, this really happened and I haven’t spoken to her since.”

In an exclusive interview,, Jennifer Hough, the woman suing Nicki Minaj and her husband Kenneth Petty over allegations including witness intimidation and harassment, opens up about the lawsuit and speaks out for the first time on camera. (1/3) pic.twitter.com/NTiGMUzsLo

Hough also alleged Nicki’s associates attempted to pay her a large sum of cash to help them with the situation as she detailed the harassment she experienced.

“[They were] sending people to negotiate numbers as far as money is concerned with family members, and Nicki is the one who personally reached out to me in regard to helping her, helping them in this situation,” she explained. “And then the threats that I received because I kept saying no to every offer, to every suggestion.

“The last incident was when one of their associates put $20,000 on my lap, and I still kept saying no. The last message I received was that I should have taken the money ’cause they’re going to take that money to put on my head.”

Nicki denied the allegations in December 2021 and cast doubt on Hough’s story — specifically, her claim she was forced to change her phone number due to the alleged harassment.

She said Hough sent her a text in August 2020, two months after she supposedly blocked the rapper, that read, “US Marshalls are asking questions!!! They showed up at my house.” Her legal team argued that was proof Hough didn’t actually hide her number from Nicki and instead, shows she wants a payday from the platinum-selling artist.