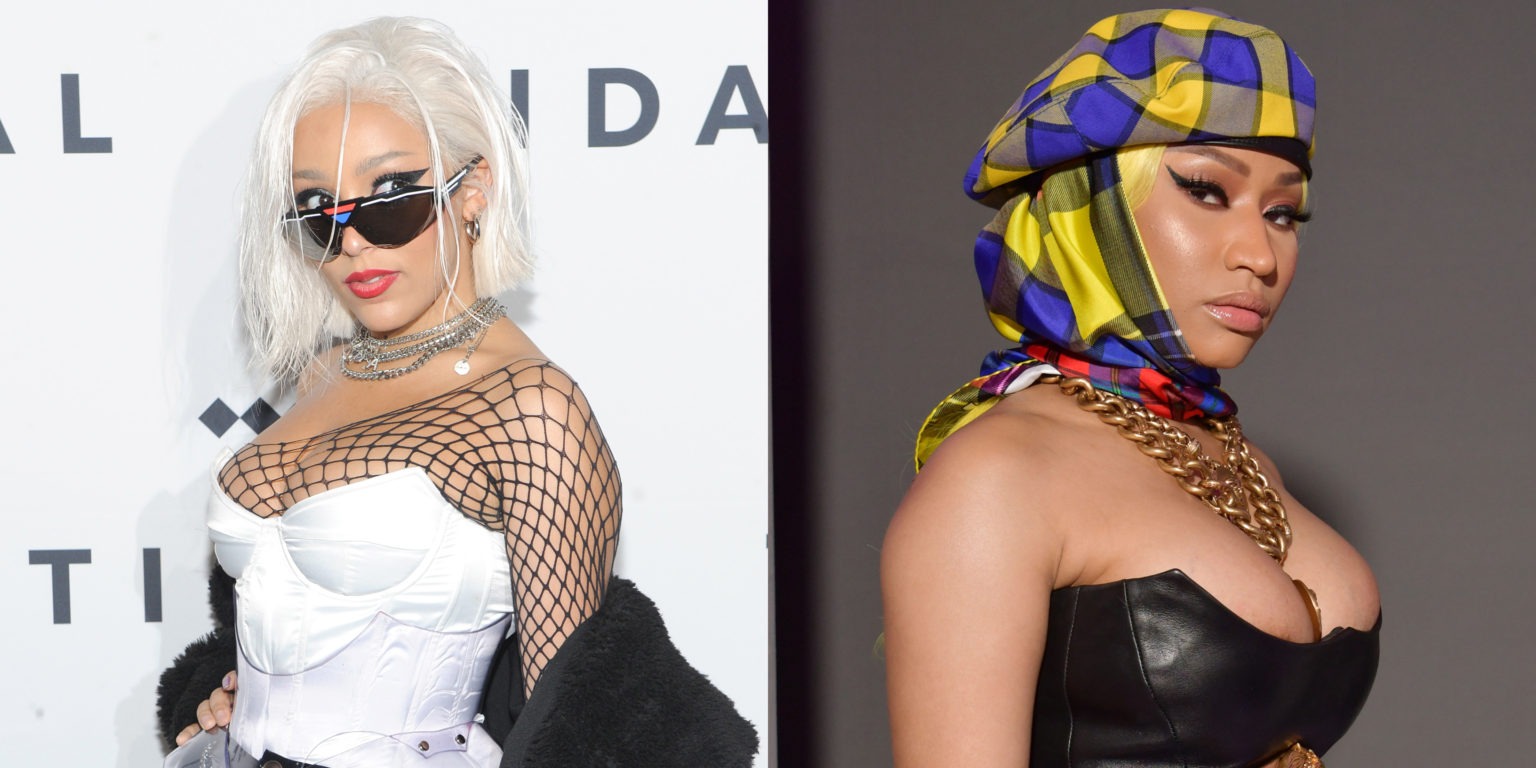 Nicki Minaj is clearing the air after she refused to collaborate with Doja Cat on her single, “Get Into It (Yuh).”

During a recent discussion with the Barbz on a Twitter Spaces, Nicki shared the real reason behind not doing the collab. The “Chun- Li” rapper explained that she chose not to work with Doja on that particular track because she wanted to work with the “Say So” singer directly and was unable to due to “middle people.”

The Barbz leader went on to say that she asked to be on a different track off the Planet Her album but was never sent another song. Confirming that she didn’t feel she could bring something unique to the record. “Especially with artists I love, I really want to make a moment,” the Queens native shared.