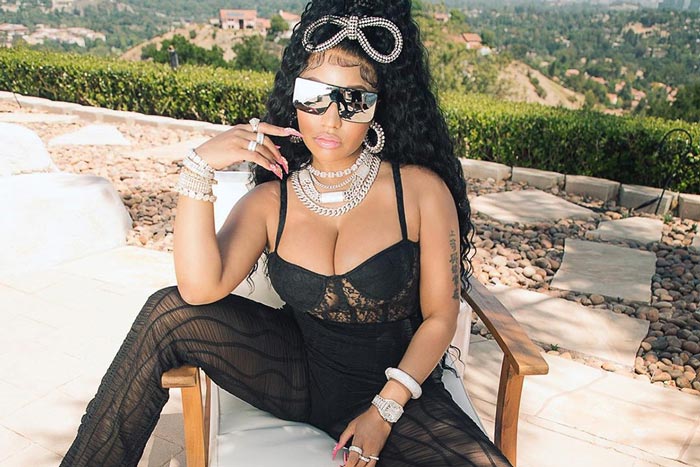 Nicki Minaj reached back in her bag and surprised fans with an unreleased track. While going live on Instagram on Saturday night, she debuted “Big Barbie,” a four-year-old collaboration with Future from her Queen recording sessions.

“I had did this song in the studio with Future one time and the shit was called ‘Big Barbie’ and I never put it out,” she said of the London On Da Track-produced song.

Big Barbie also added a drop to Big Draco aka Soulja Boy’s single “She Make It Clap,” which he played during his Verzuz battle with Bow Wow last night.

Nicki is now “back in her zone” and readying her upcoming fifth studio album. “I’m back to enjoying music. You know when you’re just back in your zone and your creativity is on high and you can just do it in your sleep. It’s magic again,” she said. “This album will definitely be my best album of all time thus far.”

And fans can expect even more exciting news from their queen, who teased a “major” announcement. “When I make that announcement, that’s when I’ma go live again and pop a different level of shit,” she said.

OOHHHH OKAAAYYY Soulja Boy dropped his Nicki Minaj “She Make It Clap” feature during the #Verzuz against Bow Wow 🔥💯👏🏽pic.twitter.com/hjjuqp9mLG