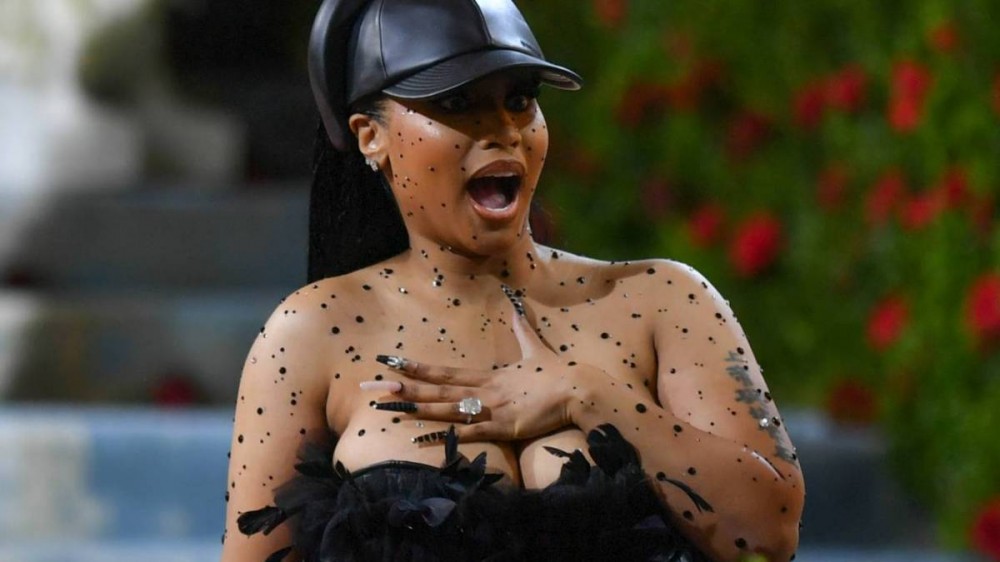 London, UK – Update: Nicki Minaj looks to have canceled the meet-and-greet, according to Metro, amid the chaotic scene with thousands filling the streets waiting for a chance to hang with the Young Money legend.

Nicki Minaj is back performing in London and her fans are not taking this time for granted. On the heels of lighting up the Wireless Festival stage on Sunday (July 10), Nicki announced plans for a meet-and-greet with fans on Monday afternoon (July 11).

.@NICKIMINAJ shut down London with just a 12-hour heads up. This is INSANE! 🇬🇧 pic.twitter.com/UQOg2JejoU

Hundreds of Barbz filled the Camden streets with the line wrapping around the block of Cafe Koko. While she showed up late to the noon start time, she made sure the Barbz were well-fed during their wait as she had pizza delivered and water handed out to the fans.

Nicki Minaj Meet & Greet In London is too Epic 😳😩 pic.twitter.com/PsIjwpgZuh

Based on social media posts, it looks as if Nicki Minaj arrived around 5:00 p.m. GMT. Some observers online speculated that if fans outside didn’t cooperate and form in one line, that she wouldn’t be coming out of the van and into the cafe for the meet-and-greet.

The Queens icon’s performance has drawn rave reviews from Wireless Festival attendees and she returned the favor by dubbing the audience to be “one of her favorite crowds” she’s ever rhymed in front of.

Nicki Minaj continued the party later into Sunday night when she met up with her “Do We Have A Problem?” collaborator Lil Baby at a London nightclub.

Fans in the U.S. will have their chance to see Nicki when she takes her hometown stage at Citi Field as the night one headliner at Rolling Loud NYC on September 23.