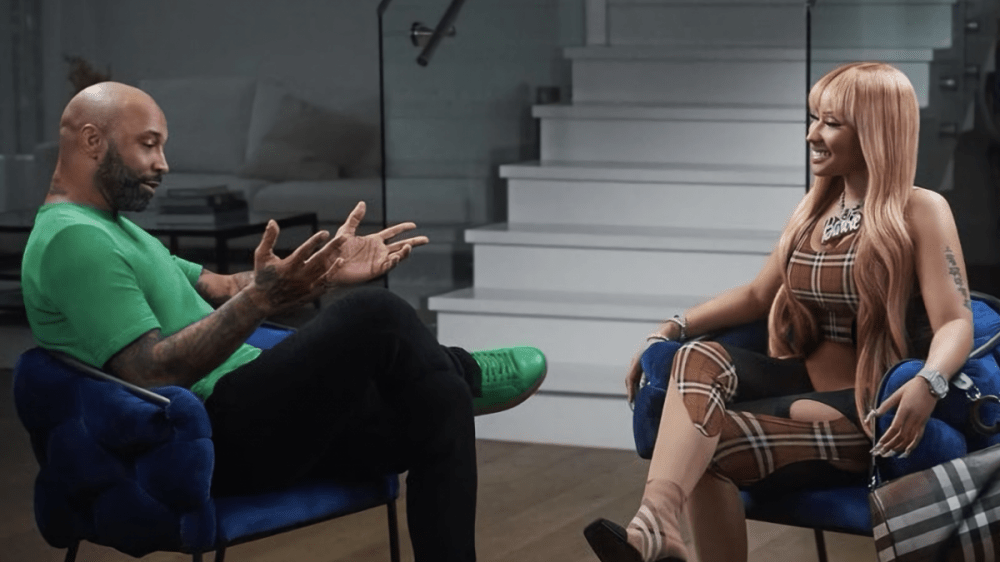 Despite their past issues, Nicki Minaj and Joe Budden recently sat down for what’s sure to be another explosive interview, but prior to the finished product’s arrival, Budden released a snippet of their discussion on Tuesday (March 1).

The clip features Nicki speaking on certain rappers chasing trends and looking for hits, but in doing that they forget what endeared them to their fan bases in the first place, which leaves them “faceless.”

“You know, once anybody has success with anything, everyone seems to jump on that sound even if they may have not even liked it,” she explained. “It might be people behind them telling them to do it.

“Once you do that and once you do it a couple times, who then are you? We’ve now forgotten who you are. I don’t think people realize that if you jump on every trend, you become faceless.”

Nicki Minaj and Joe Budden have had an abrasive relationship in the past, but have decided to let bygones be bygones and reunite for another interview.

The Queens legend previously kicked Budden off her Queen Radio Apple Music show in August 2019 after becoming frustrated with his line of questioning when it came to her past drug use.

The Young Money rhymer returned in February with a pair of Lil Baby-assists singles in “Bussin” and “Do We Have A Problem,” the latter of which debuted at No. 2 on the Billboard Hot 100.

All eyes are on Nicki now working toward the release of her fifth studio album later this year. There’s no release date set for the rest of the interview’s arrival.