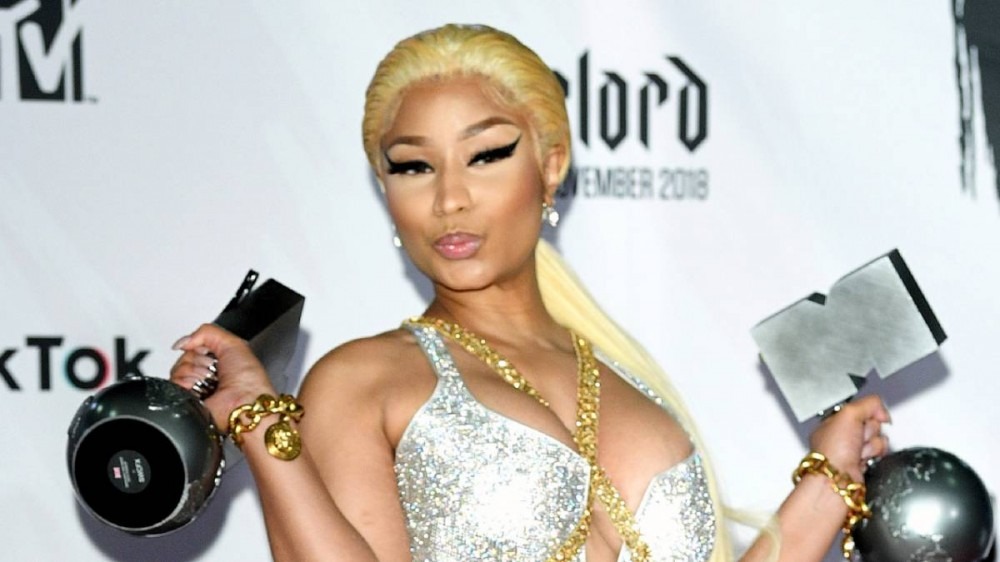 Nicki Minaj‘s “Super Bass” has finally gone diamond a decade after its release. On Tuesday (November 9), the Recording Industry Association of America (RIAA) awarded Nicki a diamond plaque for her 2011 smash hit, certifying at least 10 million sales of the song in the U.S.

Young Money’s First Lady celebrated the achievement on Tuesday by posting a video on Instagram showing off her brand new diamond plaque as “Super Bass” plays in the background.

In the caption, she thanked her labels — Young Money, Cash Money and Republic Records — as well as “Super Bass” producer Kane Beatz and songwriter Esther Dean. She also showed love to Taylor Swift, whose support of the song helped its initial success.

“#SuperBassDiamond Thank you for over a decade of support,” Nicki wrote. “#Barbz (special thx to Ester Dean, Kane, Juice, Taylor Swift, Sofia Grace & Rosie, Ellen, Young Money/Cash Money & Republic. This one was released b4 the streaming era, so millions of fans actually purchased the song. I’m so grateful for you guys. Sending love & blessings your way.”

Nicki Minaj is only the second female rapper ever to score a diamond song. Her former rival, Cardi B, became the first to achieve this historic feat earlier this year when her 2017 hit “Bodak Yellow” surpassed 10 million sales in March 2021.

According to Chart Data, Nicki is only the eighth rapper with a solo diamond single, joining an exclusive group that includes Drake, Eminem, Kanye West, Travis Scott, Fetty Wap, the late XXXTENTACION and, of course, Cardi B. Kanye gained entry just last month thanks to his 2007 Graduation smash “Stronger.”

Released in April 2011, “Super Bass” peaked at No. 3 on the Billboard Hot 100, Nicki Minaj’s highest-charting hit up to that point. The pop/electronic-influenced single appeared on the deluxe edition of her debut album Pink Friday.

In other news, Nicki Minaj and her husband, Kenneth “Zoo” Petty, are currently entangled in a legal dispute with Jennifer Hough, who claims Petty raped her at knife-point in 1994. He was convicted on charges of first-degree attempted rape and served nearly four years behind bars.

Hough is currently suing the couple for $20 million, accusing them of intimidating, harassing and attempting to bribe her over her sexual assault allegations. Minaj allegedly offered Hough $500,000 to recant her story.

In the latest update in the story, Hough’s attorney, Tyrone Blackburn Esq., claims Nicki Minaj and Kenneth Petty are members of a New York-based Bloods gang known as the Makk Balla Brims, pointing to a recent video of them in Jamaica, Queens as evidence.

Revisit Nicki Minaj’s “Super Bass” video, which is nearing a billion views on YouTube, below.