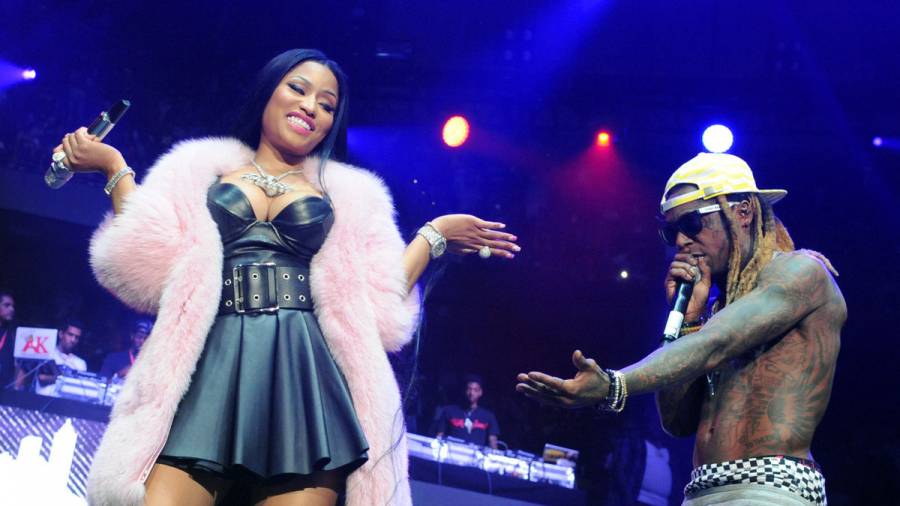 Nicki Minaj promised her fans she had something “very, very, very important” to discuss with them on Thursday (July 8).

As it turns out, Nicki invited her Young Money labelmate Lil Wayne to join her on Instagram Live where they discussed a bevy of topics, including Wayne’s favorite sexual positions.

In a clip making the rounds on Twitter, Nicki Minaj asks Lil Wayne rather bluntly, “What’s your favorite position?”

Not missing a beat, Wayne replies, “On top, in any part of life — not just the bedroom. Just on top.”

Nicki says, “I keep forgetting he’s so fucking smart and then it’s always a double entendre.”

Lil Wayne continues, “I can explain. When you on top — now, I don’t want to mess you up Nicki. Listen, when you’re on top, you just lay her down and go, ‘Stop movin, stop movin, stop all that humpin’ back.”

Nicki looks incredulous as he speaks and jumps in with, “Let me say this first Wayne and you tell me how you feel as a guy. If the girl’s legs can’t go all the way up like that so the n-gga can suck your toes while he’s on top, then you ain’t doing it right.”

But Wayne says matter-of-factly, “I’m not into that. I like the woman to lay down and just look up at me, just to see the power she has over me in such a moment.

“So a woman could be like, ‘So damn I’m just laying here, I ain’t humping back, I ain’t doing nothing and you feeling like this? I’m a powerful muthafucka.’ I just like a woman to know the power she has, possess.”

Prior to the frank conversation, Wayne’s daughter Reginae Carter was apparently in the livestream but quickly jumped off as soon as the sex talk started.

Lil Wayne reportedly married his on-again, off-again girlfriend Denise Bidot in April. Wayne made the announcement via Twitter with, “Happiest man alive! Today is the beginning of our forever. Forever?? Forever, ever?? FOREVER EVER!!! The Carters.”