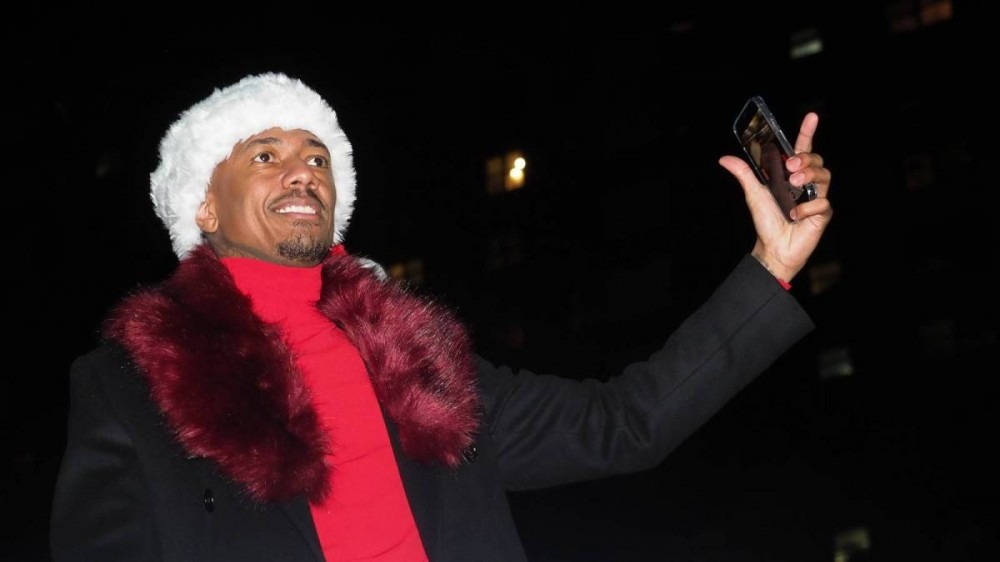 Nick Cannon is a man of many talents – radio personality, television host, rapper and professional baby maker, among others. His omnipresence in Hollywood often makes the Wild ‘N Out host a topic of conversation on social media — whether he’s dropping diss tracks aimed at Eminem or having four children in six months. But this time, he’s trending for an entirely different reason — his manhood.

Cannon is currently a trending Twitter topic after some particular photos of the 41-year-old started making the rounds. One of the snaps finds Cannon hosting his new talk show wearing a nice suit and tight pants outlining what appears to be his entire penis. But another finds his private parts on full display for the world to see. The photo appeared to be leaked on Saturday (December 4) and puts his nine to 10 inches in the spotlight.

So are we not gon talk about Nick Cannon and that andouille sausage he got stuffed in those pants 🧐 pic.twitter.com/hm2hqFlVCe

Naturally, Twitter erupted with comments such as, “So are we not gon talk about Nick Cannon and that andouille sausage he got stuffed in those pants” and “Nick Cannon’s nudes got leaked and babyyyyy I fully understand why he got all them kids now Loudly crying face.”

Of course, Cannon isn’t the first celebrity to have their nudes leaked online and won’t be the last. Yella Beezy, Swae Lee and Dave East have all had their privates exposed at one point.

In January, a video clip of Beezy’s very exposed penis circulated on Twitter. The image was apparently pulled from some surveillance footage of his home and found the Dallas native with his pants down around his knees as he walked around his living room with a gun in his hand. Meanwhile, his male appendage was swinging like a pendulum.

But Swae Lee was a different story. The Rae Sremmurd rapper became public fodder after he accidentally took a photo of himself with his penis clearly visible — although in the case, size did matter. He was immediately clowned for having what appeared to be a mini-hot dog between his legs. Cannon, on the other hand, is getting a lot of attention from female fans who now fully understand why he has seven children.

Just went to see why Nick Cannon was trending.. pic.twitter.com/tTwcjDcNxh

Me: Oh God why is Nick cannon trending, got another girl pregnant

Me checking to see why Nick Cannon is trending. pic.twitter.com/KWkptLUC2E

My exact two reactions after seeing why Nick Cannon was trending today. pic.twitter.com/q7u3ieXeQX

OK but do yall have anymore Nick Cannon pictures? I wanna see it from different views pic.twitter.com/24ptJKhy9j

Me after I see why Nick Cannon trending pic.twitter.com/Tmod3umOxe

Now I can see why Nick Cannon got all those kids cuz babyyyyy 🥴 pic.twitter.com/HEjFStIvNi

Why is Nick Cannon’s penis on your phone? pic.twitter.com/zd7RawEq3s

Why can’t I just mind my damn business?! pic.twitter.com/kBcHBlwmHT