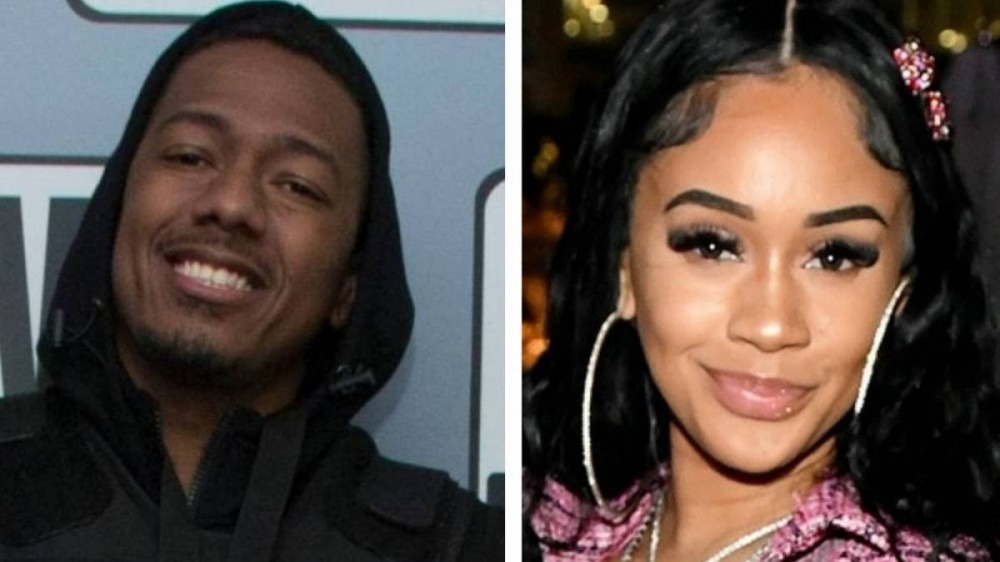 Anyone familiar with Nick Cannon knows he’s all about procreating. With seven children and four different baby’s mothers, Cannon’s reputation for spreading his seed is well documented on social media.

During an interview with City Girls rappers JT and Yung Miami in July, Cannon asked if they had any advice to give him to which JT said, “Wrap it up.”

And it looks like he’s ready to go for number eight — despite just having a set of twins in June and another son born nine days later.

On Saturday (November 6), Saweetie fired off a tweet that read, “I want some babies” and Nick Cannon was happy to volunteer. He not only retweeted her post but also added a series of emojis, including a man raising his hand.

Of course,  Cannon’s post erupted with jokes, with many pointing out he “has too many kids” already. Still, Cannon has admitted to wanting to have as many children as he possibly can. Speaking to The Breakfast Club in August, he said he’d be perfectly content having a dozen children.

.@NickCannon answers the question we're all asking… why so many kids?!?😂😂 pic.twitter.com/bykMEvBLXl

Elsewhere in the same interview, Cannon explained why he doesn’t subscribe to the Eurocentric idea of having children with just one woman.

“When you think about the ideas you supposed to have this one person for the rest of your life, when really that’s just to classify property. The idea that a man should have one woman … we shouldn’t have anything. I have no ownership over this person. It’s about what exchange we can create together. So, I’ve never really subscribed to that mentality.

In December 2020, Cannon welcomed daughter Powerful Queen, his second child with Brittany Bell, then twins with Abby De La Rosa on June 14 and another son named Zen with model Alyssa Scott born on June 23. Cannon already shares 9-year-old twins, Moroccan and Monroe, with ex-wife Mariah Carey and is also the father to a 3-year-old son named Golden, also with Bell.