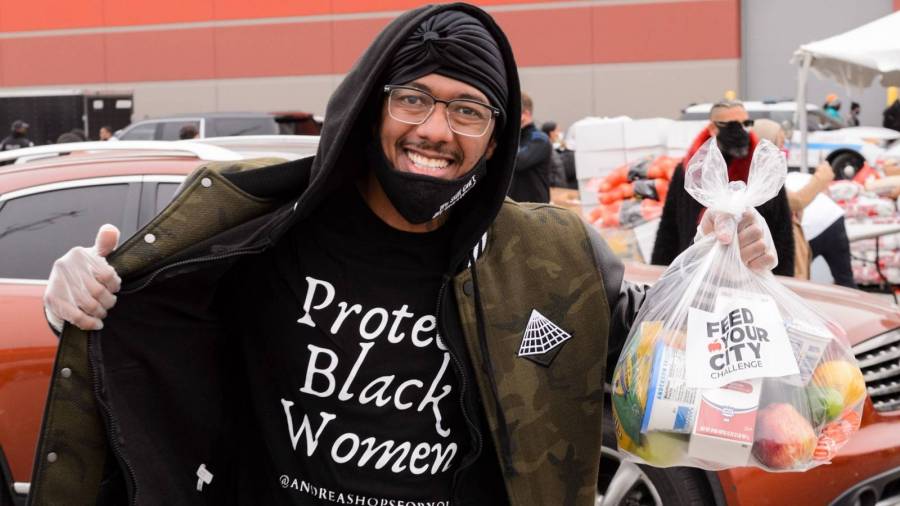 Nick Cannon sat down with The Breakfast Club on Monday (August 9) where he opened up about his foray into fatherhood and having multiple children with multiple women. During the conversation, The Masked Singer host seemed baffled that anyone would question his decision to impregnate four different women — some of them twice.

“That’s a Eurocentric concept when you think about the ideas you supposed to have this one person for the rest of your life, when really that’s just to classify property,” he said. “The idea that a man should have one woman … we shouldn’t have anything. I have no ownership over this person. It’s about what exchange we can create together. So, I’ve never really subscribed to that mentality.

“I understand the institution of marriage but if we go back to what that was about, that was to classify property. One father gave another man his daughter for land. I don’t want ownership over anybody. I don’t have ownership over any of the mothers. We created a beautiful entity.”

“I don’t subscribe to that. Those women — all women — are the ones that open themselves up and say, ‘I would like to allow this man in my world. And I will birth this child.’ It ain’t my decision. I’m following suit. Every woman that I deal with or dealt with, they know how I feel.”

.@NickCannon answers the question we’re all asking… why so many kids?!?😂😂 pic.twitter.com/bykMEvBLXl

On June 23, the Power 106 host welcomed his seventh child, his fourth in six months, with purported girlfriend Alyssa Scott. The Wild ‘N Out model announced her pregnancy in January, but Cannon didn’t reveal he was the father until Father’s Day.  Only nine days earlier, he welcomed another set of twins with radio personality Abby De La Rosa who gave birth to Zion Mixolydian and Zillion Heir.

During an interview with City Girls rappers JT and Yung Miami last month, Cannon asked if they had any advice to give him to which JT said, “Wrap it up.” Cannon replied, “Wrap it up, like, hurry up and wrap it up?” JT reiterated, “Wrap it up as in wrap it up and protect yourself.”

He then shouted, “I’m having these kids on purpose! I didn’t have no accident!”

Cannon pompously added there were “a lot of people that I could’ve gotten pregnant that I didn’t,” suggesting having so many kids was a conscious choice.

Watch it in full below.