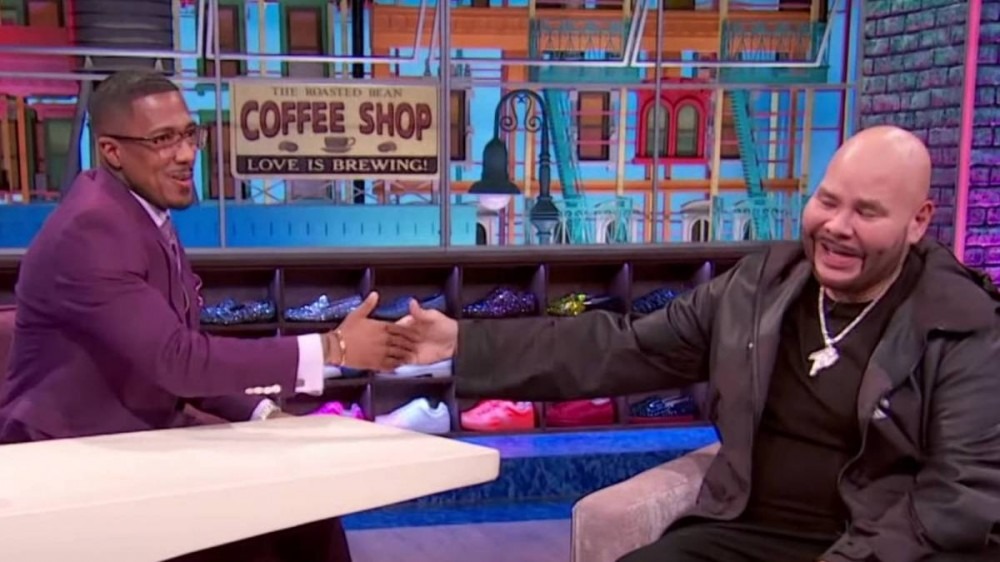 Nick Cannon and Eminem have a long, sordid history dating back over a decade.

Eminem, who allegedly dated Cannon’s ex-wife Mariah Carey for six months, wound up dissing the former couple on the Relapse track “Bagpipes From Baghdad” in 2009.

“Mariah, what ever happened to us?/Why did we have to break up?” he rapped. “Nick, you had your fun, I’ve come to kick you in your sack of junk.”

Various jabs have popped up here and there over the years, but Slim Shady reignited their rift in February 2020 on the Fat Joe and Dre track “Lord Above” in which Eminem rips Cannon and Carey again with, “I know me and Mariah didn’t end on a high note/But that other dude’s whipped, that pussy got him neutered.

“Tryna tell him his chicks a nut ‘fore he got his jewels clipped/Almost got my caboose kicked/Fool, quit, you not gon’ do shit/I let her chop my balls off too before I lost to you, Nick.”

From there, Cannon fired back with multiple diss tracks, including “The Invitation” and “Pray For Him.”

But according to professional baby maker and Wild ‘N Out host Nick Cannon, Fat Joe was instrumental in ultimately ending his beef with Eminem.

During a recent trip to Cannon’s new talk show, Fat Joe explained how he wound up doing his own Instagram Live show as a way to combat the quarantine blues. In the process, Cannon ended up crediting the Terror Squad captain with being the peacemaker.

“Your show is so entertaining, so real and authentic and it helps people,” Cannon told Joe. “Honestly, I gotta keep it a stack, this brother right here helped end the beef with me and Eminem on his show. And it wasn’t no ‘real beef’ but Joe was like, ‘I gotta get you two brothers together.’”

Fat Joe said he called up Eminem and told him, “This gotta stop” — and it did.