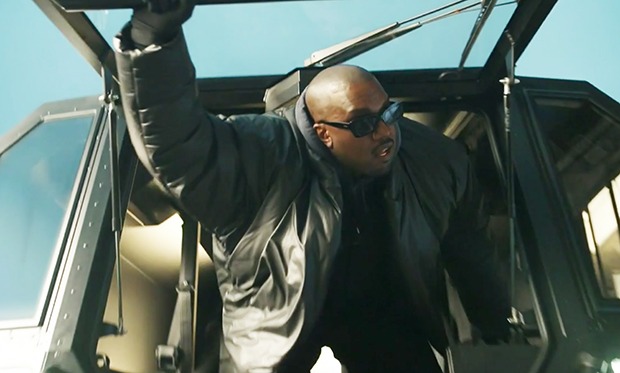 Is YE set to bring his talents to the Golden Arches? Kanye West returned to Instagram and let off a post of what appears to be a redesign of McDonald’s packaging.

The image appears to show a burger in the shape of a box with the golden arches attached. The caption offers a bit of context: “Ye teams up with legendary Muji industrial designer Naoto Fukasawa to reimagine McDonald’s packaging.”

Over the years, McDonald’s has teamed with notable industry figures for specific meals and merchandise. Those meals include Travis Scott, Mariah Carey, and Saweetie. Could Ye be next? Check out the post below.

This isn’t YE’s first encounter with McDonald’s. The DONDA creator appeared in a McD’s commercial that aired during the Super Bowl. In the commercial, Kanye did what most of us do when we hit a drive-thru and tried to figure out our order, suddenly freeze and try to figure out your order. The result is the typical “Can I get uhhhhhhhhh…..”

Kanye pulled up on a SHERP but is also joined by NASCAR driver Bubba Wallace and more.

Seem random? Not at all. Kanye has been vocal about his love for McDonald’s. You can see the ad below.