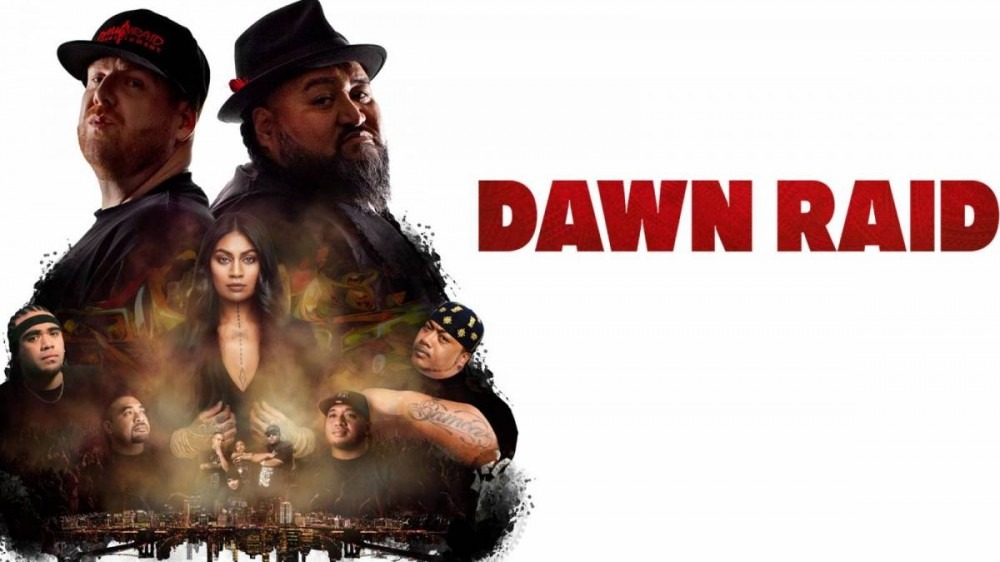 Exclusive – DAWN RAID, the intriguing untold story of New Zealand’s first Hip Hop label, was released in the United States last month. Directed by Oscar Kightley, the documentary follows the rise of Dawn Raid Entertainment and its two founders Andy Murnane and Brotha D who birthed the careers of New Zealand artists Savage, Mareko, Adeaze and Aaradhna, among others, while making their mark in the United States.

As explained in a press release, “The film explores the incredible challenges and struggles that were buried deep beneath the glamor of chart-topping hits with the hottest local and international talent – rifts between artists, unpaid tax debts, feelings of failure and betrayal – and the immeasurable musical legacy that was created in spite of this.”

As Andy Murnane and Brotha D explained to HipHopDX in a recent joint interview, they’d been approached numerous times over the years about shooting a behind-the-scenes documentary akin to Hitsville: The Making Of Motown, Can’t Stop Won’t Stop: A Bad Boy Story and Death Row Chronicles. But it took the right director with the right vision. Enter Oscar Kightley — otherwise known as the Samoan Spike Lee.

“He’s one of the best from our side of the world, and we knew he’d cover the Samoan and New Zealand cultural side as well as the Hip Hop side,” they explained. “Also, the backing of Universal pictures let us know it would have a worldwide audience, and get to all the International Hip Hop heads.”

But there’s so much more to the story than just a “Hip Hop documentary.” As indicated by the title, there’s a racial and political tone to the film. From the mid-1970s to early ’80s, there was a crackdown in New Zealand on illegal overstayers from the Pacific Islands.

Special police squads would typically conduct raids on the homes and workplaces of overstayers throughout New Zealand at dawn, who were then prosecuted and deported back to their countries. Dawn Raids were particularly controversial because 86 percent of those arrested were Pacific Islanders —despite them only making up one-third of overstayers.

“Apart from the roller coaster ride of being a Hip Hop label from Down Under, we also had a huge cultural narrative, by calling our company Dawn Raid,” they said. “If you search the history and watch the film, you’ll see there is a racial and political tone to the title, that happened to the Samoan and Tongan immigrants to New Zealand, and that had long lasting implications in New Zealand.

“We stood for something that was bigger than just the music, we represented our people, and our Pacific heritage. The impact was felt so much that the Prime minister Jacinda Ardern made a government apology for the Dawn Raids period in New Zealand History last year.”

Both Andy Murnane and Brotha D are well aware Dawn Raid Entertainment likely doesn’t sound familiar to those in the U.S. — and that’s a big reason behind wanting to do the film.

“We like to say we’re the biggest Hip Hop label you never heard of,” they said. “But the reaction has been huge. We worked with so many big U.S. artists such as Wu-Tang Clan, Akon, Snoop Dogg, the Duck Down label guys, Buckshot, Sean P, DJ Premier — people are connecting all those moment  and finally realizing that it’s the same team across all these releases.

“It’s been happening on the other side of the world for 20 plus years. We’re just super grateful and appreciative that we got blessed with the opportunity from GFC Films to tell our story.”

As for what Murnane and Brotha D are hoping to accomplish with the film, they said, “We hope the film inspires all the young hustlers and entrepreneurs in all the ghettos like South Auckland, New Zealand and around the world that if we can take this American culture of Hip Hop, follow the blueprint and sell it back to America, the home of Hip Hop, anyone can.

“Chase your dreams and represent your unique culture around the world. Fight the system, never give up and brotherhood and family are all universal messages inspired by Hip Hop.”