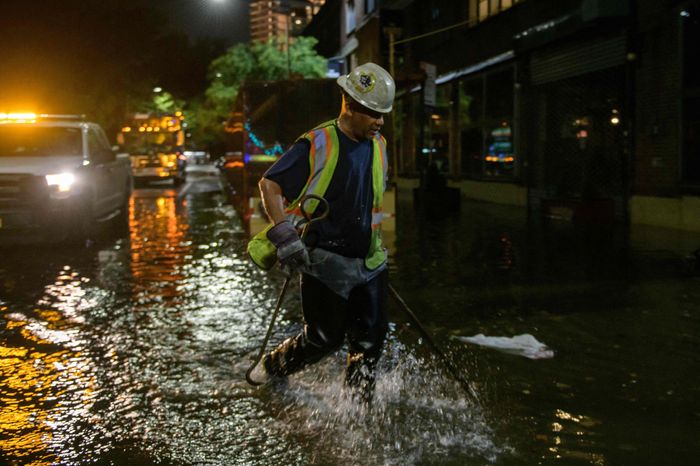 After ravishing Louisiana and parts of the south, remnants of Hurricane Ida have hit the Northeast and Mid-Atlantic. The storms have resulted in intense flooding in the New York City areas. According to CNN, at least nine people in New York and New Jersey have died.

All subways in New York City were without service overnight, and residents across the area were confined to their homes.

“New York is used to disasters, but you cannot imagine how much rain fell out of the heavens last night,” New York Gov. Kathy Hochul said to CNN. “There’s going to be a massive cleanup. I would urge people to stay home, check on your neighbors, make sure they’re OK.”

Of the dead, eight were in Queens as a result of flooded homes. A man in New Jersey was found dead in his vehicle that was overtaken by floodwaters.

Over seven inches of rain was recorded at New York City’s Central Park, and a tornado with multiple vortexes touched down in New Jersey, 25 miles from Philadelphia.

Flooding also impacted Philadelphia. In the Roxborough area, 41 people were rescued from a school bus.

You can see damage from Hurricane Ida below.