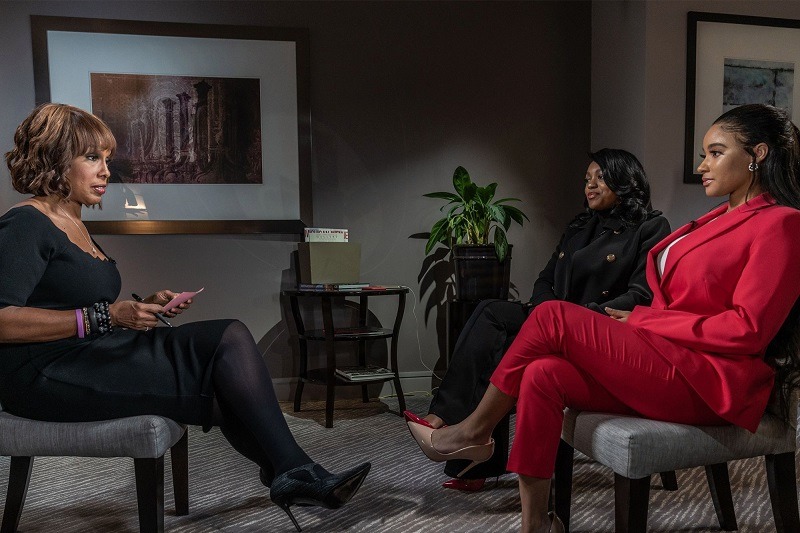 The R. Kelly trial is continuing in New York City. A witness who was only identified as Jane Doe took the stand and turned the focus to the CBS interviews with Gayle King filmed in 2019.

After R. Kelly’s notorious crying fit with King, his girlfriends who speak with the CBS host. The latest witness, who was one of the two women interviewed, stated R. Kelly was controlling the answers of his girlfriend during the interview.

According to TMZ, the witness stated that R. Kelly would cough on set to keep the two women on script and align with what he previously said. She also revealed anytime Surviving R. Kelly came on TV, they were immediately forced to change the channel.

The witness stated R. Kelly told her he would support her music career but never followed through and once was punished by having sex with a guy he referred to as “Nephew.” That male was also alleged to have been “groomed” by R. Kelly, who watched their encounter.

You can see the CBS interview below.