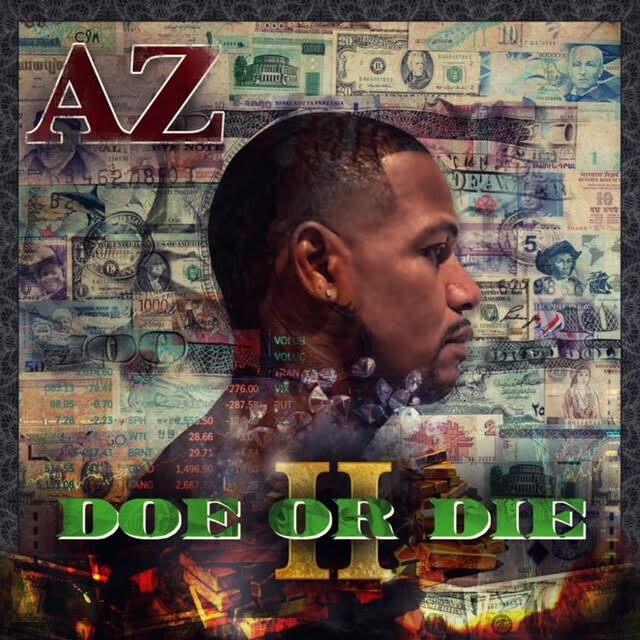 It’s been a decade since ‘The Visualiza” has graced us with an album, but AZ has been teasing fans for years that a sequel to his classic and platinum debut, Doe Or Die, was on the horizon; and now that wait is over.  As Doe Or Die recently celebrated its silver anniversary (25 years), the long-anticipated and awaited sequel, Do Or Die 2, is finally upon us.

After releasing the first official single, “The Wheel,” featuring Jaheim last week (which was premiered by Ebro/Apple Music), AZ returns with a fresh new visual, which is directed by Gerard Victor.

“When your features is as fresh as your sneakers you age well.”  “The Wheel” features three Grammy-nominated artists with Jaheim, Kaygee, who won a Grammy for Best Rap Album for Naughty By Nature’s Poverty In Paradise in 1996 (the first album to win that award), and AZ; who was nominated for a Grammy in the ‘Best Rap Performance By A Duo Or Group’ for “The Essence,” featuring Nas.

“The Wheel” of life got us all on a race to the top, so be diligent and stay focused” AZ asserts.  “Like B.I.G. once said “and if you don’t know, now ya know.”

You can now pre-order, add and favorite AZ’s Doe Or Die 2 and receive “The Wheel” as an instant grat track: https://sparta.ffm.to/az-doe-or-die-2

Different (prod A One Beats)