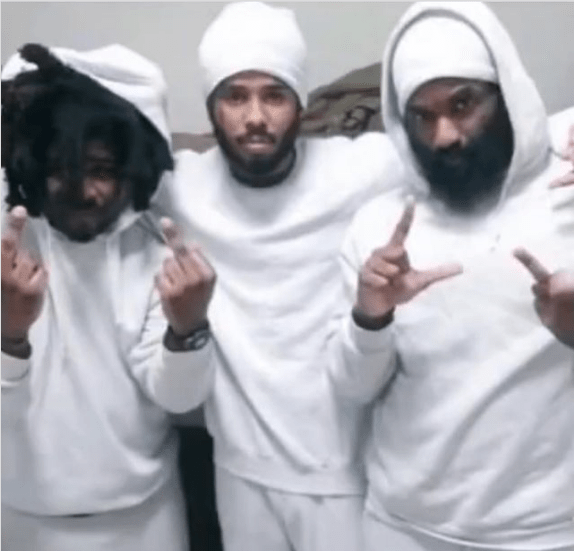 After it was reported that Memphis rapper Pooh Shiesty would remain behind bars after he pleaded guilty to a conspiracy charge for possession of a firearm. Shiesty, whose given name is Lontrell Williams, was denied bond after his attorneys filed a motion to have the “Back In Blood” rapper on the streets before sentencing by granting him a bond, but Shiesty was denied. Now, a new photo of Pooh Shiesty behind the wall has surfaced on line.

Culture critic DJ Akademiks posted the photo to his Instagram page, showing Shiesty rocking a beard in the center with two other inmates flanking both sides.

Shiesty is reportedly facing an eight year bid at his sentencing next month for the firearm charge. TheSurce.com will update the story of Pooh Shiesty’s sentencing when details are made available.