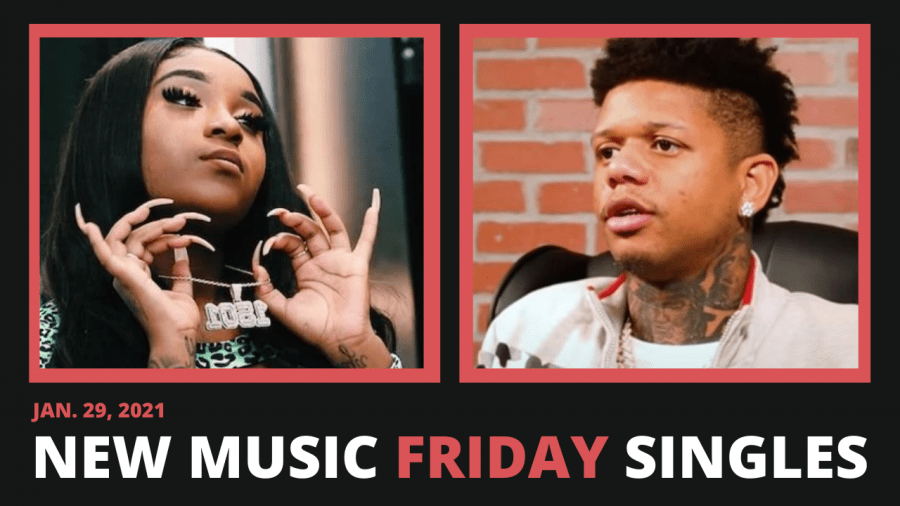 Los Angeles, CA – Though the end of January is mere days away, no time is better than the present for HipHopDX to rollout the first New Music Friday singles coverage of the New Year.

The short list of highlighted releases packs a punch, featuring a new offering from Young Thug and his Young Stoner Life Records artist Yak Gotti, a show-stopping collaboration from Brent Faiyaz and Tyler, The Creator and a solo single from Warner Records signee 2KBABY to round out the action.

Check out the hottest single releases for the week ending Friday (January 29).

With Erica Bank’s “Buss It” challenge owning the internet, and the banner year Yella Beezy had in 2020 racking up one billion streams, it seems only right the two Texans have teamed up to deliver an early candidate for 2021 twerk anthem of the year with their new single “Star.”

Building on the hype from his 2020 Gotti Outta Here album, Yak Gotti recruits YSL Records artist Yung Kayo and Cactus Jack rap star Sheck Wes for assistance on his first release of the year for the ultra turnt-up banger “GFU.”

Fresh off his “Solo” appearance for Kendrick Lamar’s pGlang and Calvin Klein campaign, “Fuck The World” crooner Brent Faiyaz gets help from Tyler, The Creator on “SFS.”

It’s safe to say that 2KBABY has fully checked into the rap game this year following his impressionable Pregame Rituals album last year and his new double single “The 2K Stimulus,” is proof of the Kentucky-bred rapper’s proficiency.

Energized from the success off his No. 3 Billboard 200 Chart debut, Lil Durk celebrates The Voice deluxe edition along side Lil Baby on “Finesse Out The Gang Way.”

Also, be sure to check out DX’s Honorable Mentions for the week, which include new music from Bones and Xavier Wulf and The Alchemist.