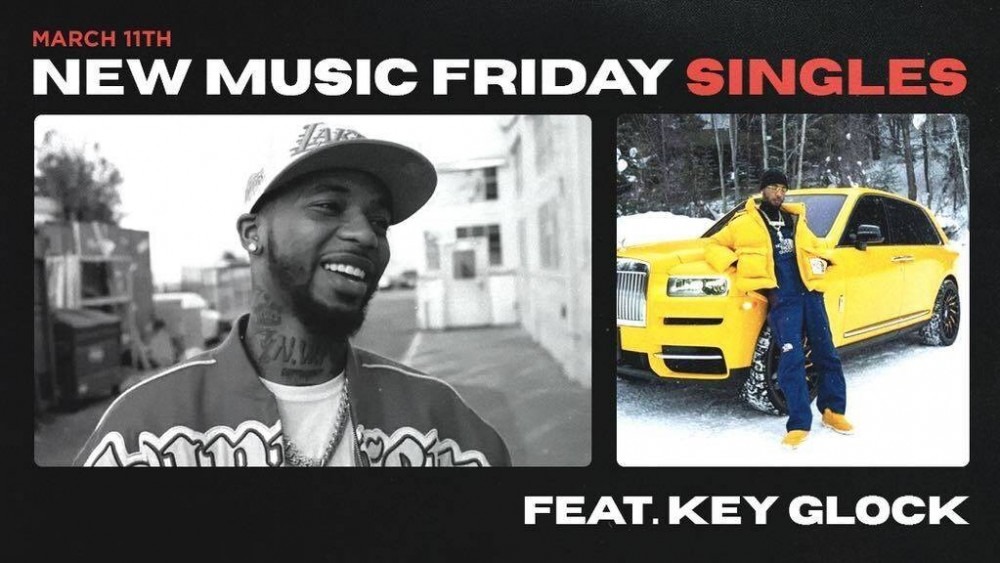 HipHopDX – Both newfound connections and long-lasting creative relationships are culminating to produce some standout collaborations to kick off March releases.

In this week’s edition of HipHopDX’s New Music Friday Singles coverage, multiple artists have banded together including drip music innovators Takeoff and Rich the Kid, in addition to Queen Of Da Souf rapper Latto and Slaughter Gang boss 21 Savage.

Supreme reigning weed-friendly MC’s Wiz Khalifa and Smoke DZA have teamed up with Big K.R.I.T. and Pittsburgh producer Girl Talk for the first single from their upcoming album, along with new releases from Tory Lanez, Stunna 4 Vegas, Key Glock and more.

Check out the full list of releases that dropped on Friday (March 11), below.

Paper Route Empire rapper Key Glock is bringing his 2021 Yellow Tape 2 album into 2022 with the release of the upcoming deluxe edition later this month on March 25.

Firing off a warning shot in the direction of the opposition, Key Glock drops ice-cold bars on his “Pain Killer” banger.

With longstanding ties, Migos rapper Takeoff and “New Freezer” MC Rich The Kid are somewhat of a dynamic duo by this point.

Following their 2021 Quavo-leaning collaboration “Too Blessed” from Rich The Kid’s Lucky 7 album, the pair count up their decentralized dough on their “Crypto” single.

Even though the Los Angeles District Attorney’s Office fully supports criminal charges against Tory Lanez for his ongoing assault case with Megan Thee Stallion, the Toronto crooner is refusing to remain silent.

After issuing a disclaimer to Cardi B and offset, Tory Lanes unleashes his “Cap” single taking aim at Meg and her boyfriend Pardison Fontaine in the process.

Following his appearance in Latto’s 2021 “Big Energy” track, 21 Savage has made it official with his fellow Atlanta rap peer.

Now, thanks to TikTok, 21 Savage and Latto’s “Wheelie” collaboration exploded in popularity even before it was officially released.

Building on the dynamic energy from their 2020 “Santos Party House” collaboration, producer Girl Talk has re-enlisted the lyrical talent of Wiz Khalifa, Smoke DZA and Big K.R.I.T. once again.

To initiate the rollout of their upcoming Full Court Press album, Girl Talk,Wiz Khalifa, Smoke DZA and Big K.R.I.T. vibe out hard together on the project’s lead single “Put You On.”

Despite his double album effort in 2020, DaBaby’s Billion Dollar Baby signee Stunna 4 Vegas did not deliver a project in 2021.

The North Carolina native hit the ground running in 2020 with the release of his single “Suspect” in addition to his latest effort “The One.”

Now, the “Drowning” rapper returns the favor and offers his assistance to B-Lovee for his “Boom Boom” release.

Thug Muffin – “All The Parties”

Los Angeles-based newcomer Thug Muffin is on an all-out path of turnt-up destruction in the midst of promoting her new album Muffin Mayhem.

Making use of Coi Leray’s “No More Parties” bars, Thug Muffin embraces her chaotic energy with “All The Parties.”

R&B rookie Faedaway has been in his bag all year long by delivering captivating live-performances week after week.

Following his KE On The Track-produced “My Vice” single, Faedaway is searching for the meaning of “Truth” on his latest vibe featuring Radcity.

Don’t forget to peep this week’s Honorable Mentions list which includes new offerings from artists such as Jae Skeese, Conway The Machine and Flee Lord, Joey Fatts and Allyn, Joyce Santanna, and countless others.