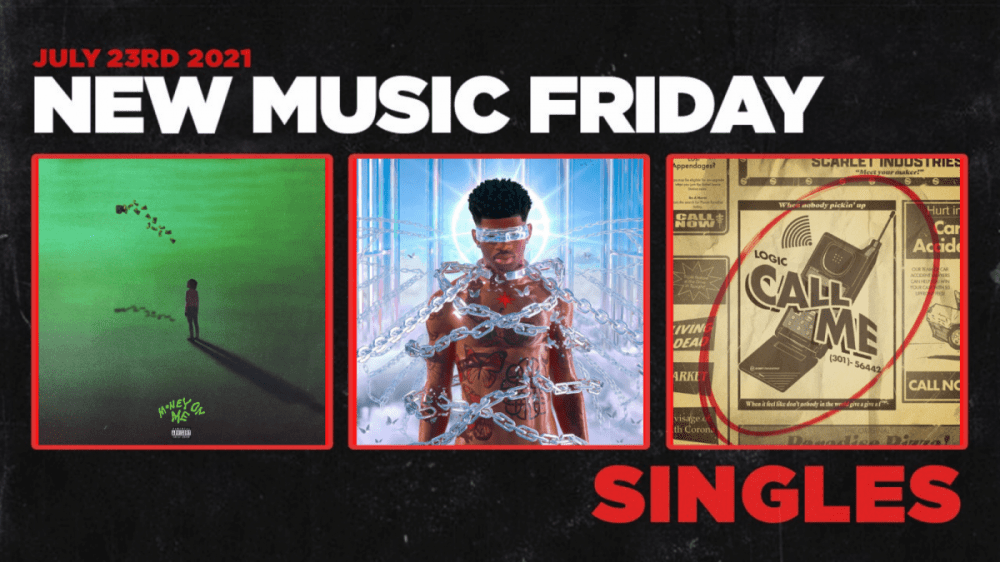 As fans across the globe react to Kanye West’s livestream and continue to prepare for an official release of DONDA, the long-awaited Kanye West album, this list should serve as a reminder of all the other non-Yeezy new music brought with this week’s New Music Friday.

There’s plenty of A-Listers to go around on this edition. To start, Belly worked with The Weeknd and Young Thug for his fiery new single “Better Believe,” and 24kGoldn matched Quavo for the HVME-produced “Alright.”

The West Coast is also looking strong with a new track from Ohgeesy and YG, “Big Bad World,” while a bit further south, Lil Nas X locked in with Jack Harlow on “Industry Baby.”

Be sure to continue reading for HipHopDX’s complete coverage of the singles which dropped on the week ending on Friday (July 23) below.

Palestinian/Canadian rapper Belly has accumulated scores of hits in his career through tracks such as “Might Not” and his songwriting work for The Weeknd. On “Better Believe,” Belly reminds listeners of the power of his pen, flossing over production from Zaytoven.

Both features are excellent on “Better Believe,” as The Weeknd lays down radio-ready hooks between punchy verses from Belly and Young Thug.

Lil Nas X hasn’t had time to cool off from “Montero,” but the Georgia-born rapper is already back with another hit in the form of “Industry Baby” featuring Jack Harlow. The “Old Town Road” artist caught a hefty amount of flak for his unapproved “Satan” Nike sneakers, with an active lawsuit still looming.

Always a master of publicity, Nas X used the bad attention as a launching pad for his latest single, first teasing the song in a video skit of the Nike trial where he played each of the characters. Many have tried, but none seem to be able to stop the 22-year-old from his rocketing ascension of pop culture.

Kawhi Leonard is following in the footsteps of LeBron James outside of just basketball. The wait for Culture Jam, an album presented by the Clippers superstar, grows more intense as Gunna and Polo G drop “Waves,” the project’s second single.

“Waves” arrives as Gunna and Polo are in the midst of a hot-streak, with Polo coming fresh off Hall of Fame and Gunna’s slew of features including his work on Internet Money’s “His & Hers” and “Why Why” from Doja Cat’s Planet Her. Kawhi has plenty of basketball years left in him, but it must be nice to know there’s an A&R job waiting for him upon retirement.

Lil Tecca’s matured since his entry into the rap scene back in 2019 with We Love You Tecca. While he still raps with the youthful hubris of a teenager, Tecca, who is only 18-years-old, his writing has become more thoughtful and his delivery more intentional.

“Money On Me,” Tecca’s new track, arrives with news of his third studio album, We Love You Tecca 2, set to drop in early August.

One of the founding members of Shoreline Mafia, OhGeesy has been on a particularly vigorous tear of late, dropping “Secret Service,” “Get Fly” featuring DaBaby and now “Big Bad Wolf” with fellow L.A. rapper YG. The duo keeps their California-roots strong on “Big Bad Wolf,” while flexing lean, kush and cash.

The new singles come as the “Change Ya Life” MC continues to prepare for Geezy World, giving fans a taste of what to come. The bar is set high, with former SM member Fenix Flexin coming hot off a standout project in Fenix Flexin Vol. 1.

Logic’s idea of retirement sounds particularly tiring. Despite announcing his departure from music in 2020, the Maryland rapper’s hiatus was particularly short-lived, as he continues to release music, the latest being his single “Call Me.”

Produced by 6ix, “Call Me” is the fourth single Bobby has released in 2021 so far, arriving less than a month after YS Collection Vol. 1.

The music doesn’t stop there; today’s Honorable Mention goes to Nevi and Luh Kel for “Comfortable.”