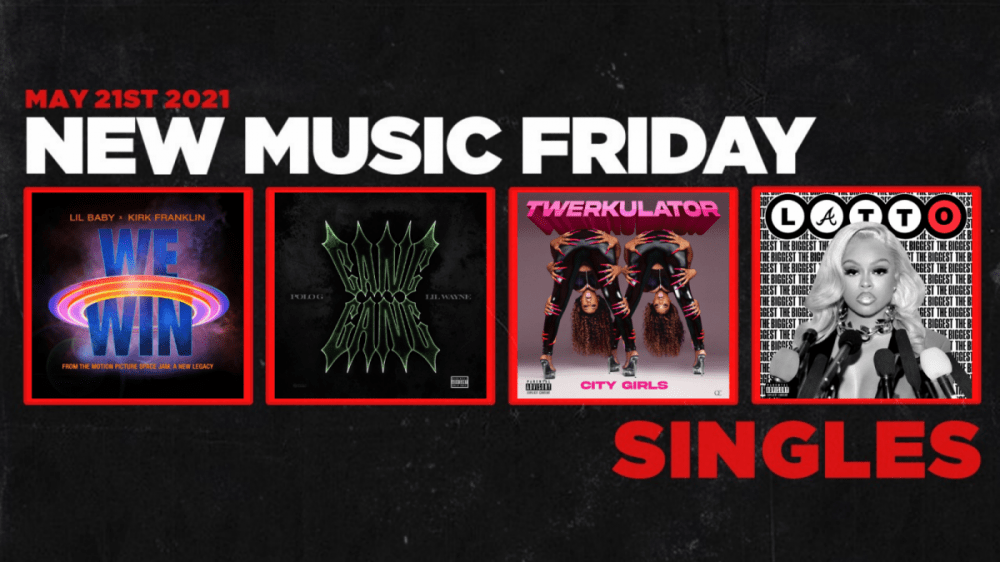 Highlights include a holy street-certified collaboration between Lil Baby and Kirk Franklin, followed by the City Girls hedonistic twerk anthem.

Lil Wayne also pops out to deliver a pair of smoldering guess verses for his collaborations with Birdman, Roddy Ricch and Polo G while A Boogie Wit Da Hoodie links up with Lil Durk for his “9 Bridge” follow-up.

Dive into the full list of top releases from the week ending Friday (May 21), below.

Polo G can confident’y say he has a feature with one of the Carter’s following his appreciation for JAY-Z’s billionaire bars on DJ Khaled’s “Sorry Not Sorry” record featuring Nas. Living up to the larger-than-life example he set on his recent “Rapstar” single, Polo G gets blessed by presence of a behemoth Lil Wayne “GANG GANG.”

Lil Wayne continues his feature blitz along side Roddy Ricch and under the direction of his father for the Cash Money CEO’s “STUNNAMAN” release.

Birdman announced the single and accompanying visual in an Instagram post Thursday (May 20) revealing “STUNNAMAN” is also the first single from his upcoming film soundtrack for his She Ball production executive produced by Chris Brown and Nick Cannon.

As the end of the pandemic is seemingly within sights now that vaccine distribution efforts continue, summer is also creeping up and that means that the City Girls music will soon make its return home — playing in clubs across the nation.

In the spirit of shaking yams and manifesting a post-pandemic “Hot Girl Summer” JT and Yung Miami get it popping on “Twerkulator.”

Even though Nike put Lil Nas X’s hell-raising Satan shoes on ice, he is still winning overall following the Billboard Hot 100 No. 1 appearance “Montero (Call Me By Your Name)” earned last month.

Taking both his wins and loses in stride Lil Nas X enters the timeline in dark mode on his “SUN GOES DOWN” single.

Between the the soft-launch experiment Latto toyed with in her guest verse on 2021 HipHopDX Rising Star Toosi’s Thank You For Believing track “5’5” and her official stage name change announcement, fans have already had pair of opportunities to get used to the Queen Of Da Souf rapper’s new pseudonym.

But for the sake of creating a fashionably late entrance, Latto re-introduces herself on “The Biggest.”

Def Jam artist Bobby Sessions has been on a roll in 2021, building momentum up from his appearance on the Coming 2 America film sound track single “I’m A King” featuring Megan Thee Stallion and his solo “Cog In The Machine” effort.

Turning up the lyrical heat on his newest “Gold Rolex” single, the Dallas rapper goes blow-for-blow with feature-verse titans Benny The Butcher and Freddie Gibbs.

After delivering “Hello Baby” featuring Brooklyn drill artist Fivio Foreign last month, Young M.A officially ends her nearly two-year musical drought following the release of Her Story In The Making with the release of her new album Off The Yak.

G-Mainey grabs a high-energy feature from Nef The Pharoah for his “No Sleep” banger from the Angel album.