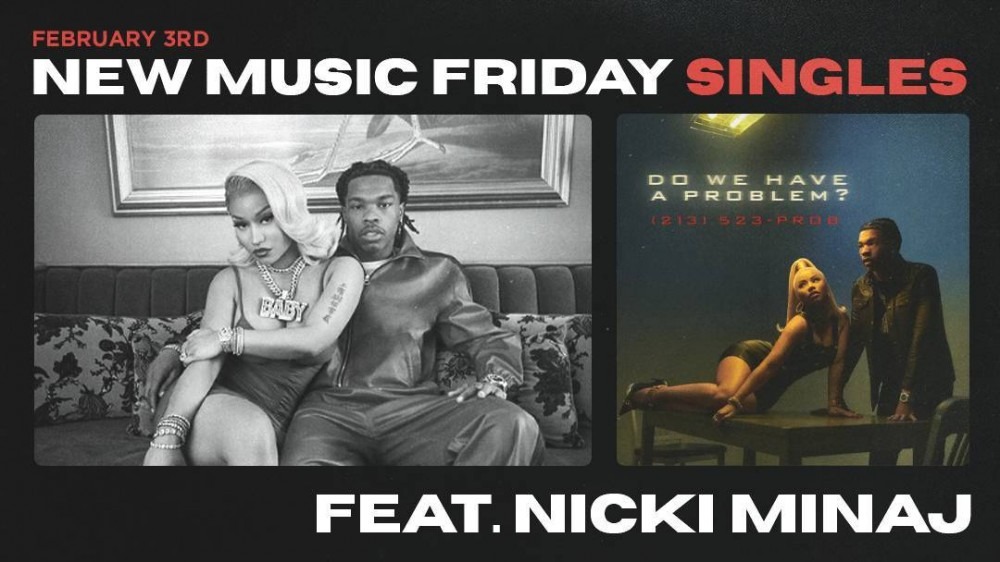 Clear your weekend plans because this edition of New Music Friday is overflowing with fresh tracks from the best artists in Hip Hop and R&B.

There’s plenty of big names on this list, but “Do We Have A Problem,” the new collaboration from Nicki Minaj and Lil Baby is particularly special. Griselda Records also has a strong showing this week with Conway The Machine’s “John Woo Flick” featuring Westside Gunn and Benny The Butcher.

The collaborations just keep flowing as the late King Von joins 21 Savage for “Don’t Play That,” YG taps J. Cole and Moneybagg Yo for “Scared Money.”

The potential of Chicago rapper King Von radiates through his flow. His storytelling made him one of the Midwest’s most exciting talents before his tragic death in 2020. Meanwhile, 21 Savage has been on a tear recently, laying features down for everyone from Rick Ross to Nardo Wick. The two combine for “Don’t Play That,” a smooth track loaded with clever lyrics and catchy melodies.

In a cross-generational matchup, legendary rapper Nicki Minaj tapped one of the leaders of the new school, Lil Baby, for her latest single “Do We Have A Problem?”

After her 2021 album Beam Me Up Scotty which featured breakout hit “Seeing Green,” Minaj is hoping to keep the momentum rolling into 2022.

In one of the biggest collaborations of the week, Los Angeles rapper YG recruited Dreamville Boss J. Cole and Memphis’s Moneybagg Yo for “Scared Money.”

The three rappers all released full-length projects in 2021, though fans are hoping this release hints at a new solo project from YG.

With assistance from Benny and Westside Gunn, Conway kicks bars over a boom-bap inspired production from Kill and longtime Griselda producer Daringer.

2022 is the year of $NOT: book it. The explosive rapper first took hold of mainstream rap through tracks such as “GOSHA,” and as he approaches a follow-up to his 2020 album Beautiful Havoc, it seems the quality of his output has only matured.

Also featured on “Doja” is A$AP Rocky. Though his mind is likely on getting set to become a father with Rihanna, the Harlem MC still found some time to lay down some bars.

Alchemist has seemingly decided to keep the foot on the gas in 2022.

Coming off a blistering year which found him producing for the likes of Earl Sweatshirt, Mach-Hommy and more, Alchemist teamed up with the smooth tones of Curren$y for his latest single “Half Moon Mornings.”

Don’t forget to stream this week’s Honorable Mentions: B-Lovee’s “Don’t Change” and “Born With It (Hood Fav)” by Jay Critch and Harry Fraud.

Listen to our DX Daily Podcast hosts discuss the new music and more below: