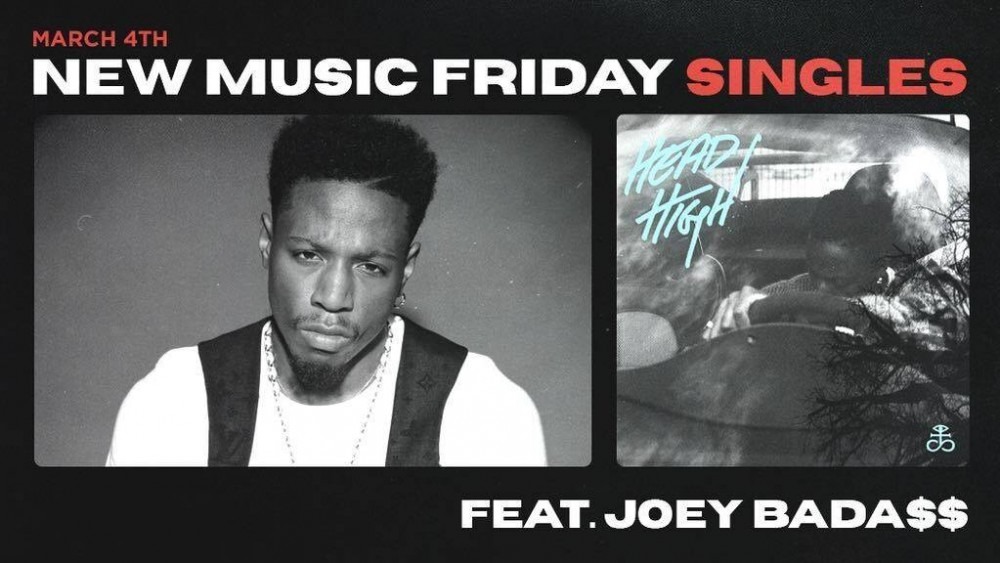 The first days of March have passed and if this week is any indication of what’s in store for the month fans of Hip Hop and R&B have something to be excited for.

From there DX runs through singles from Khalid, Morray and Cordae, U.K. sensation Dave and many more.

After the release of ALL-AMERIKKKAN BADA$$, New York’s Joey Bada$$ has been relatively silent. He may have contributed to the mega-collab album Escape From New York and dropped a few singles, but “Head High” and its predecessor “The REV3NGE” mark a return to rap from one of the rap’s cult favorites.

“Head High” features the same nostalgic feel as much of Joey’s previous work, brining boom-bap production to a modern audience.

Reigning Producer Of The Year Alchemist cannot be stopped. As his 2022 rolls out with the same force as 2021, Alchemist is on a tear, from touring with Action Bronson, Boldy James and Earl Sweatshirt to the music he’s released, highlighted this week with “Diesel” featuring the iconic Kool G Rap.

As the legendary Queens-bred rapper waxes over smooth soul samples, one can only yearn to travel back in time to the golden sounds of the mid 1990s.

Still thriving off the excellence of Dave’s 2021 Album of the Year contender We’re All Alone In This Together, the U.K. rapper came forward this week with “Starlight,” a winding narrative where Dave flexes his lyrical ability over somber production.

Pusha T quickly silenced an doubters earlier this year with the release of his explosive “Diet Coke,” a showcase of bars and lyrical excellence. The Virginia rapper is keeping the bar high with “Hear Me Clearly” featuring former Teriyaki Boyz artist Nigo.

Detroit rapper Tee Grizzley has been a staple of Hip Hop since projects such as 2018’s Activated, but his latest single “Beat The Streets” is a testament to his longievety as a rapper.

Always adaptable, Grizzley finds new flows and diction as he laces motivational and cautionary raps over a J.R. Rotem beat.

Morray burst onto the rap scene with his emotive crooning on breakout hit “Quicksand,” before going on a run which landed him everything from a feature on J. Cole’s The Off-Season and nearly five million monthly Spotify listners.

Working with Cordae, still hot from his From a Birds Eye View, Morray just dropped “Still Here,” full of soulful melodies and a thoughtful verse from the former YBN member.

Still hungry for more playlist fodder? Be sure to stream this week’s Honorable Mentions consisting of “Hit Different” from A Boogie Wit Da Hoodie and B-Lovee, the “Sl*t Him Out” remix from 2022 HipHopDX Rising Star Baby Tate which now features Kali.