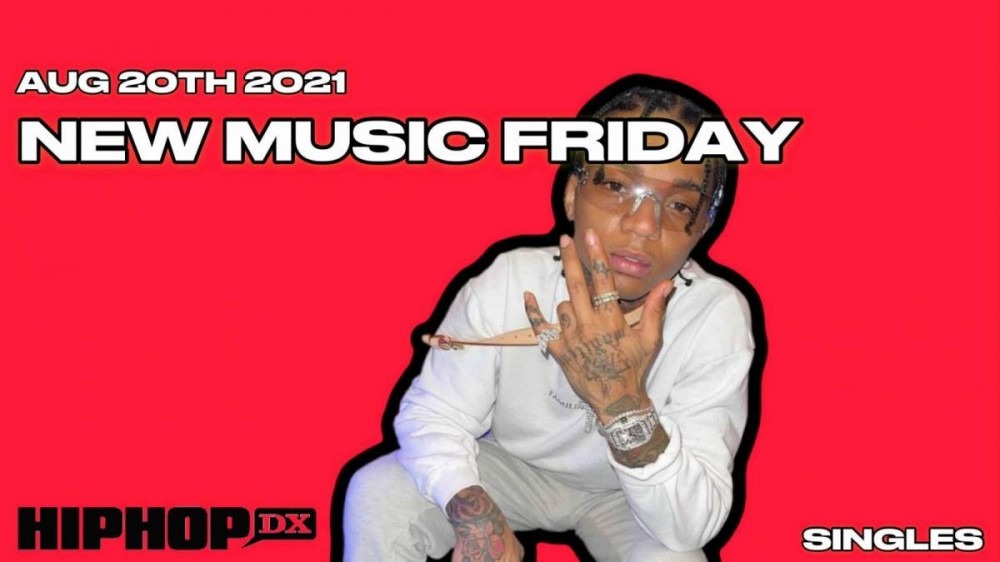 Buckle up, because this week’s edition of New Music Friday is particularly loaded, giving fans from every corner of the genre something to be excited about.

To start, Gunna and his DJ Taurus unleashed “9 TIMES OUTTA 10” while Cochise kept his recent momentum with “POCKET ROCKET.”

There’s plenty more to explore, so keep reading for the complete coverage of singles which dropped on the week ending on Friday (August 20), below.

Rod Wave is on particularly lavish hot streak at the moment. He’s gearing up for the release of the deluxe edition of SoulFly, just nabbed a hit with Kodak Black in “Before I Go” and now has another summer anthem in “Time Heals.”

Emotional and sweeping, as is most of the Florida crooner’s music, “Time Heals” explores heartbreak and fraudulent friends, as Wave attempts to follow his life’s passion: creating and sharing music.

Taurus left college to become Gunna’s full-time DJ, and it seems like he made the smart move. Along with touring around the globe with the Young Stoner Life star, Taurus has notched a few notable production credits, the latest being his work on “9 TIMES OUTTA 10.”

Gunna waxes smoothly atop Taurus’s ethereal beat on “9 TIMES OUTTA 10,” flexing the versatility of his voice and pen. The WUNNA rapper’s latest has been teased for over a year now, so its release will surely please fans.

Sheff G has a lot on his plate at the moment. The Brooklyn rapper is currently fighting gun and attempted murder charges, one of the more recent examples of legally embattled rappers. Despite having to wait for additional hearings, the “Molly” MC linked with fellow New Yorkers Sleepy Hallow and A Boogie Wit Da Hoodie for “Run It Up.”

Brooklyn Drill has been in a perilous state since the murder of Pop Smoke over one year ago, so it appears the state of the genre lies with the likes of Sheff and Sleepy. Luckily, it appears to be in good hands.

Swae Lee is such an omnipresent force in Hip Hop, an artist whom has appeared on a diverse range of projects over the past few years, that it can be easy to overlook his solo work. “In The Dark” with Los Angeles songstress Jhené Aiko is a reminder of Lee’s hit-making capabilities.

With his brother Slim Jxmmi, Swae Lee makes up one half of chart-topping duo Rae Sremmurd, but since a new joint project hasn’t surfaced since 2018’s SR3MM, fans will have to make do with their individual work. With its pop sensibilities and easy listening, “In The Dark” is perfect for the end of summer.

In May, Florida rapper Cochise dropped Benbow Crescent, his debut album and a culmination of years of SoundCloud grinding. The landmark was quickly followed with “Tell” Em” featuring $NOT, a track which is already nearing on career streaming highs. Now the dynamic MC has released “POCKET ROCKET,” produced by wherescarlos.

Cochise’s frenetic flow is on full display on his latest offering, bouncing across ballooning synths and deep kickdrums.

“Ugly (Remix)” begins with a mellow groove and looping bells as Khary’s pleading voices enters the landscape. The Rhode Island-born, New York-based rapper has been dropping ambient gems for years, but his 2020 project THIS IS WEIRD, which included “UGLY,” marked a distinguished step in the young artist’s career.

Now on the track is Tom The Mail Man, a promising Atlanta rapper with a knack for pop influences and internet-era sounds.

This week’s Honorable Mentions go to KillBunk and Scorey for their “Chanel Bag (Remix)” and “Red Lights” by RINI featuring Wale.