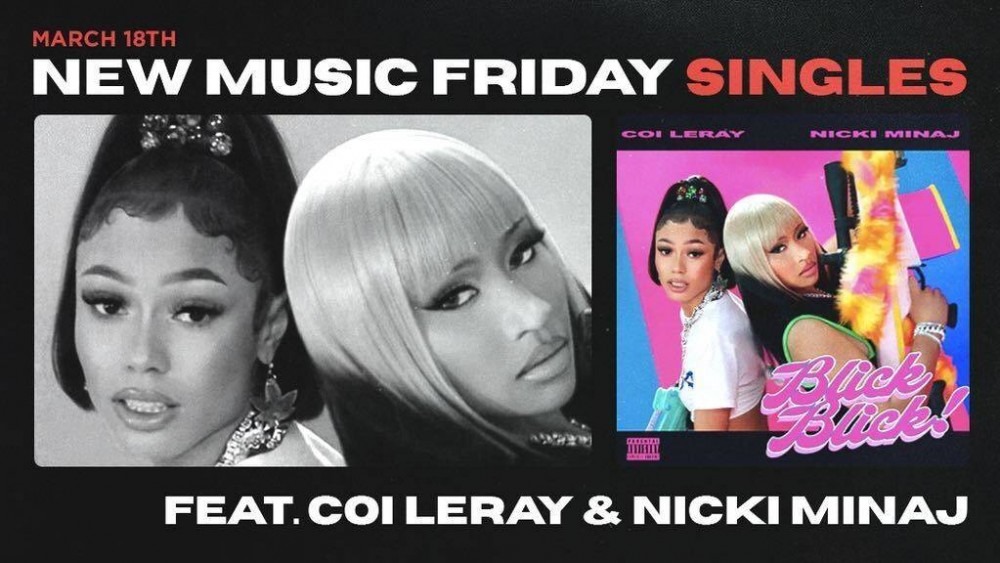 The world can be unreliable but one thing that will never let you down is HipHopDX giving you the best new singles each and every week.

This edition of New Music Friday is loaded with hits, from the Billboard-ready “Blick Blick” from Coi Leray and Nicki Minaj to the club raps of Fivio Foreign and Quavo on “MAGIC CITY.”

A Lil Uzi Vert-assisted Nigo track, new bars from Trav and Rowdy Rebel plus a rage-inspired single from SSGKobe and Trippie Redd finish out this list.

Coi Leray and Nicki Minaj are a match made in heaven. The two MCs just came together for “Blick Blick,” a raucous anthem already set to go viral.

Leray’s sound can often be polarizing, so choosing to work with one of the most iconic rappers in all of Hip Hop was a smart move. If Nicki’s on board, how can anybody disagree?

When Young Dolph was murdered in November of 2021, fans of the Paper Route Empire squad wondered how it would impact his cousin Key Glock. There were fears that the tragedy would bar the Dum and Dummer rapper from dropping new tunes. Instead, Glock found strength in the music, dedicating the mournful “Proud” to his fallen longtime collaborator.

Continuing forward in honor of Dolph, Glock just released “Play For Keeps,” a hard-spitting single which arrived ahead of the deluxe edition of Yellow Tape 2.

Fivio Foregin continues his push to be the leader of New York Hip Hop. He’s been dropping dimes for years, but his now legendary verse of Kanye West’s “Off The Grid” cemented him as a true threat. Since then he’s released “City of Gods” featuring Ye and Alicia Keys and now the Quavo-assisted “Magic City.”

Though Fivio’s been on a tear as of late, he still hasn’t released a follow-up to Gimey Demons from 2020, so fans can only hope that the rumored Yeezy-executive produced album is on its way.

One of the leaders of the next generation of post-SoundCloud Hip Hop, SSGKobe teamed-up with one of the genre’s originators in Trippie Redd for “ESCAPE YOUR LOVE.”

Ahead of his forthcoming U4 album, Kobe’s debut release, “ESCAPE YOUR LOVE” sets the tone for what’s to come: impassioned melodic raps, belligerent synths and all-star collaborators.

This roundup wouldn’t be complete without this week’s Honorable Mentions: Guapdad 4000’s “Cheap” and “Haunt Me” by Kofi and 2KBABY.