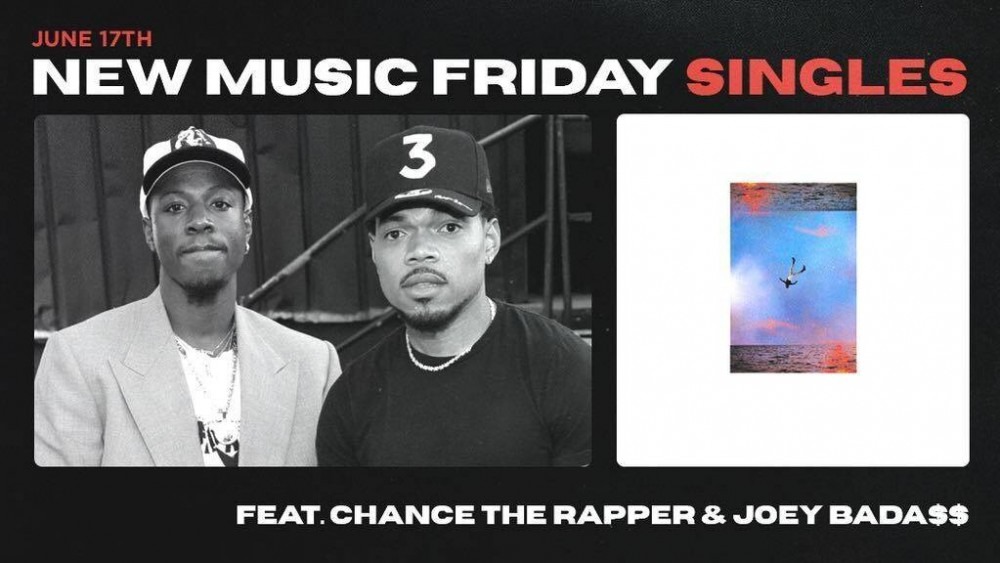 HipHopDX – To keep it a buck, we are all well aware of the fact that a surprise Drake album is dropping tonight, and as a result, most everyone and their mama nem’ will be streaming the Toronto MC’s 7th studio album at the stroke of midnight.

So this week’s edition of HipHopDX’s New Music Friday Singles coverage is concise and straight to the point, featuring highlighted releases from artists such as Chance The Rapper and Joey Bada$$, Lupe Fiasco and Chris Brown and WizKid. Additional singles of interest are represented in the form of fresh offerings from Kay Flock and Fivio Foreign, Sleazyworld Go and Offset, Rico Nasty and more.

Peep the full list of singles that were released on Friday (June 17), below.

On the heels of the release of his “A Bar About A Bar” single, Chicago native Chance The Rapper appears to be headed in a new direction.

With the help of Joey Bada$$, Lol Chamo From 79th shares a new vibe inspired by “The Highs & Lows” of life.

In anticipation of his upcoming album, Chris Brown connects with WizKid on “Call Me Everyday.”

Lupe Fiasco is ushering in a new era of “Drill Music In Zion” with the lead single to his upcoming album.

Check out the first release from the 10-track LP, which is entirely produced by Lupe’s longtime collaborator Soundtrakk, and arrives on June 24.

Both Brooklyn and the Bronx are well represented in Kay Flock and Fivio Foreign.

The pair of New York emcees combine the unique vibes from their respective boroughs on their sturdy “Make A Movie” banger.

Up-and-coming artist Sleazyworld Go is already off to a blazing start this month following the release of his Lil Baby-assisted “Sleazy Flow,” which cracked the top 50 of the Billboard Hot 100 Chart on June 6.

Building on the tidal wave of momentum he’s channeled thus far, the Midwest native connects with Offset for their “Step 1” collab.

As the ongoing federal investigation of Young Thug, Gunna and several other YSL affiliates, the Atlanta-based rap label is also still dealing with the death of Lil Keed.

In honor of his fallen friend and collaborator, Lil Gotit shares his anthemic “Shut The Door” visual single.

Following her “We Not Humping (Remix)” the Alabama native raises the bar on her Hip Hop haughtiness with her latest release.

Fresh off the release of his 10-track album Multi DImensionz, L.A.-based rapper The MDz is locked in and war-ready.

Don’t forget to check out this week’s Honorable Mentions nominees, which include artists such as GirlzLuvDev, Consequence, Powers Pleasant and Maxo Kream, Bas, Erick The Architect, Keny Mason and more. There are also several highlights in this week’s New Music Friday Albums coverage, which includes releases from Drake, Gucci Mane, Logic, Snoop Dogg and more.