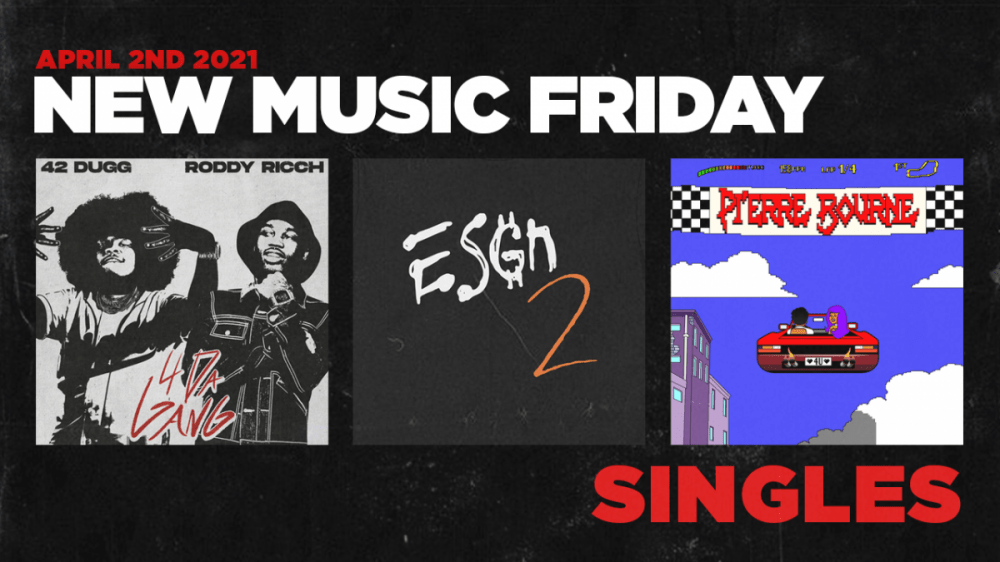 We’re only two days into April, but the month is already looking promising. There was an overflow of new singles which released on the week that ended on April 2nd, giving fans plenty of music to dive into for the new month.

It was also a big week for upcoming artists, with 3xBravo and Lil Eazzyy, Siena Liggins, Dro Kenji and more releasing new tunes. On this week we’re also giving love to FXXXXY’s new single with lil Uzi Vert “Yeah Kool.” The Dallas rapper and producer passed last year at the age of 25.

42 Dugg and Roddy Ricch are collecting accolades and gold plaques like baseball cards. The gas pedal is still down on “4 Da Gang,” their latest, highly anticipated single. Dugg has been releasing music at a steady and frequent pace, but Roddy has been quiet recently, making “4 Da Gang” even more exciting. Billboard Charts beware: these kids don’t play around.

To take the wise words of Benny The Butcher, “last year was about branding, this year about expanding.” L.A.-based rapper Freddie Gibbs seems to have taken Benny’s advice. Coming off an incredibly hot 2020, Gibbs is expanding to new audiences with his slew of recent singles, the latest being “Big Boss Rabbit,” a head-nodding single full of top-tier bars from the Alfredo MC.

Atlanta’s Pi’erre Bourne has grown a dedicated legion of fans through his rapping and his production for the likes of Playboi Carti, Lil Uzi Vert and 21 Savage. Originally titled “PlayStation,” Bourne’s newly released track “4U” has been hotly anticipated since it leaked months back. Often leaks will never make it to a commercial drop, so fans of the “Poof” artist should be thrilled to hear that the video game sounds of “4U” got an official release.

HipHopDX Rising Star Toosii grew a reputation for a silky, melodic delivery and heartfelt lyrics on tracks such as “Love Cycle” and “Truth Be Told.” Now the North Carolina MC is back with passionate crooning on “back together,” hinting at the possibility of an upcoming album.

Fans were sad to learn that Brockhampton will be releasing their final two albums this year, revealed by Kevin Abstract. But fans of the boyband rap group can at least relish in “Count On Me,” the collective’s latest single which also features A$AP Rocky and SoGone SoFlexy.

The rap world was devastated upon hearing of the untimely death of FXXXXY, the rapper, producer and songwriter from Dallas. A member of Freebandz Gang and Future’s frequent collaborator, FXXXXY’s “Yeah Kool” featuring Lil Uzi Vert is the late rapper’s first single since his posthumous Do You Trust Me?.

Siena Liggins came through hot and fast with her latest single “thicc.” Clocking in at just over one-minute, “thicc” is airy and playful with a trunk-rattling 808 lying just below the track’s surface. The intoxicating upcoming artist seems to be gearing up for her debut album and we can’t wait.

This week brought more music than we have space for. This week also brought new singles from 3xBravo and Lil Eazzyy, Desiigner and Snoop Dogg.