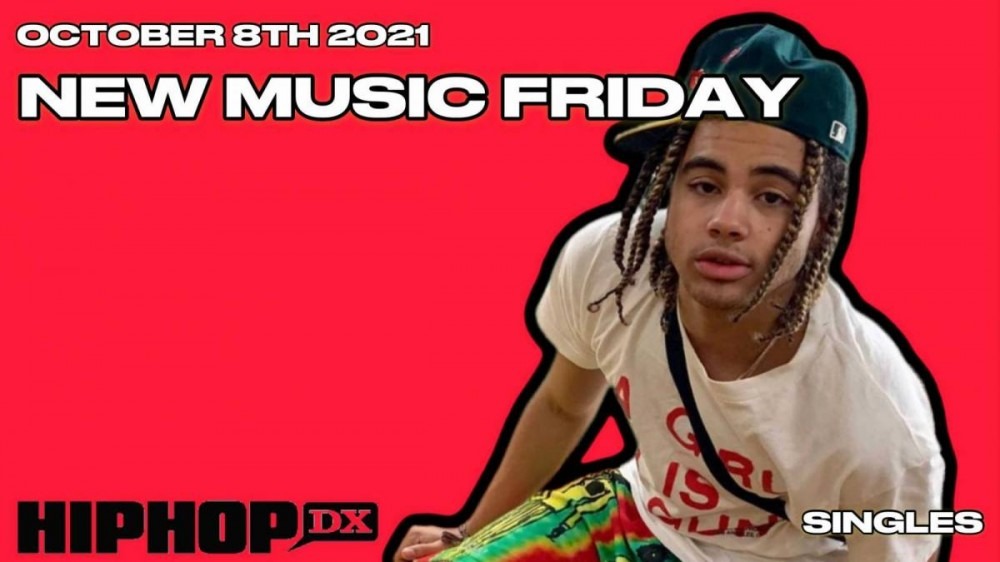 HipHopDX – Per the usual, HipHopDX has compiled yet another diverse list of New Music Friday heaters ripe for your recreational listening pleasures.

This week’s New Music Friday Singles coverage begins with a pair of high-powered collaborations highlighted by the leaders of the new school, 24kGoldn and Lil Tecca, who are joined by vets Joyner Lucas and Ty Dolla $ign.

Peep the full list of singles released Friday (October 8), below.

Considering the fact that 24kGoldn has been plugging his SoundCloud since high school, it seems natural that he is casually making Billboard Chart-topping singles with fellow “Mood” rapper Ian Dior.

Now, with the help of Lil Tecca, 24kGoldn is enjoying the fruits of his labor on “Prada.”

Joyner Lucas is on a roll and doesn’t appear to be slowing down anytime soon.

Between the toxic anthem vibes he brought with J. Cole on “Your Heart,” and uplifting bars he and Lil Tjay spit on “Dreams Unfold,” Joyner Lucas seeks to go three-for-three with his Ty Dolla $ign-featuring “Late To The Party” bop.

Instead, he’s working with artists such as Wiz Khalifa, Gunna and more, on collabs such as his club-ready “Hands Up” single with DX Rising Star Morray.

Nardo Wick has made consistency a part of his shtick this year.

Following his recent “I Be Chilling” effort, Nardo wick grabs guest verses from 21 Savage, Lil Durk and G Herbo for his “Who Want Smoke (Remix).”

For listeners unfamiliar with David Sabastian, the L.A.-based Warner Records signee is the complete definition of a multi-hyphenate creative disruptor and manifested a partnership record deal off the strength of an album he sold on Instagram during the pandemic last year.

Back in April, David shared his polarizing “America On Fire,” single and has returned with Saweetie in tow for his “Bad Bitch Holiday,” release.

Mick Jenkins is quietly returning to form following his brief absence after delivering his 2020 album The Circus.

Building steam with his previous “Can You Tell Me?,” single, Mick Jenkins continues to apply pressure on “Contacts.”

When Conway The Machine isn’t busy telling stories about how Rick James fucked up the drug game in Buffalo, he’s in the studio pumping out records.

As is the case with his latest track “Piano Love,” which serves as the lead single to the Griselda rapper’s upcoming God Doesn’t Make Mistakes project.