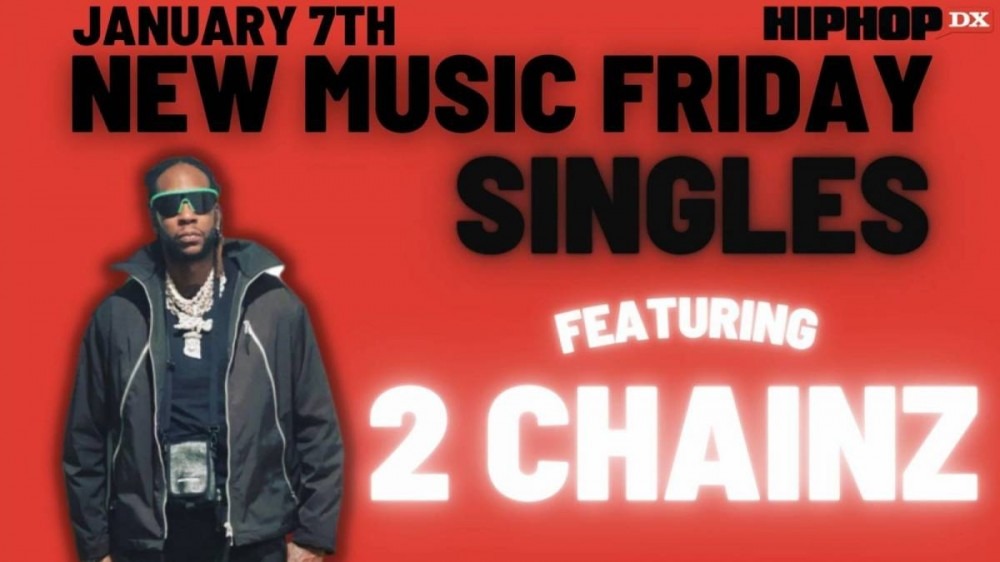 Another year is here bringing with it a surplus of brand new singles from the top artists in Hip Hop and R&B.

Give your playlist a refresh and dive into this week’s New Music Friday, which kicks off with brand-new music from 21 Savage in the form of “No Debate” / “Big Smoke,” 2 Chainz with help from 42 Dugg on “Million Dollars Worth Of Game” and “Fake Friends” from 1017 Records Boss Gucci Mane.

This list also features “Throw It Back” from Fredo Bang, “Retail Therapy” by Central Cee and new tunes from YoungBoy Never Broke Again.

In 2021 21 Savage undertook the role of Hip Hop’s most notorious feature rapper. He bodied verses on Rick Ross’s “Outlawz,” Drake’s “Knife Talk” and more, making him one of the year’s best MCs without releasing much of his own solo music.

The Atlanta trapper is starting the year with guns blazing, releasing his double-single “No Debate” / “Big Smoke” to YouTube. With new singles dropping, the waiting game begins for a follow-up to his 2020 SAVAGE MODE II.

Just weeks before the release of Dope Don’t Sell Itself, the latest offering from 2 Chainz, comes “Million Dollars Worth Of Game.”

Assisted by the explosive 42 Dugg, 2 Chainz dishes out over two minutes of free game to his listeners. Backed by a flipped flute sample bouncing with energy, the two MCs trade bars about their Maybachs, brick work and jewelery with prowess.

Fredo Bang – “Throw It Back”

Fredo Bang released the best music of his career last year with Murder Made Me and In The Name Of Gee (Still Most Hated). But, as evidenced by his new track “Throw It Back,” he’s not letting the pressure off the gas.

The Baton Rouge, LA rapper may share the same home city as YoungBoy Never Broke Again and Kevin Gates, but as is apparent on his latest, Bang’s raps set aside the need for crooning melodies and dive head first into hard bars.

“Retail Therapy” finds the London MC blowing bags on luxurious goods in order to distract himself from a continually frustrating lover over a Drill-inspired beat.

Multi-hyphenate Hip Hop and R&B artist Azizi Gibson’s voice is versatile and ever-changing. When backed by the undettered drums of “Cobra,” he sounds rugged, while, when placed amongst the moody keys of “Rain,” his voice bends to a vulnerable and delicate state.

“Hate To Say It,” his most recent single, features Freddie Gibbs, who in addition igniting a strange Twitter feud with Gunna, is also gearing up for a big 2022.

Cootie is refocusing attention back on his home state of Arkansas. “Trap Out Da Spot,” which also features a blistering verse from 1017 affiliate Big Scarr, is highlighted by flute-laden production by K SWISHA.

As the two Southern rappers spit about their street escapades and the growth they’ve experienced since.

Don’t forget to stream this week’s Honorable Mentions including “Spin Off” from Big Cheeko and Mach-Hommy and “TALK2ME” by Dave Coresh featuring Mother Wata.