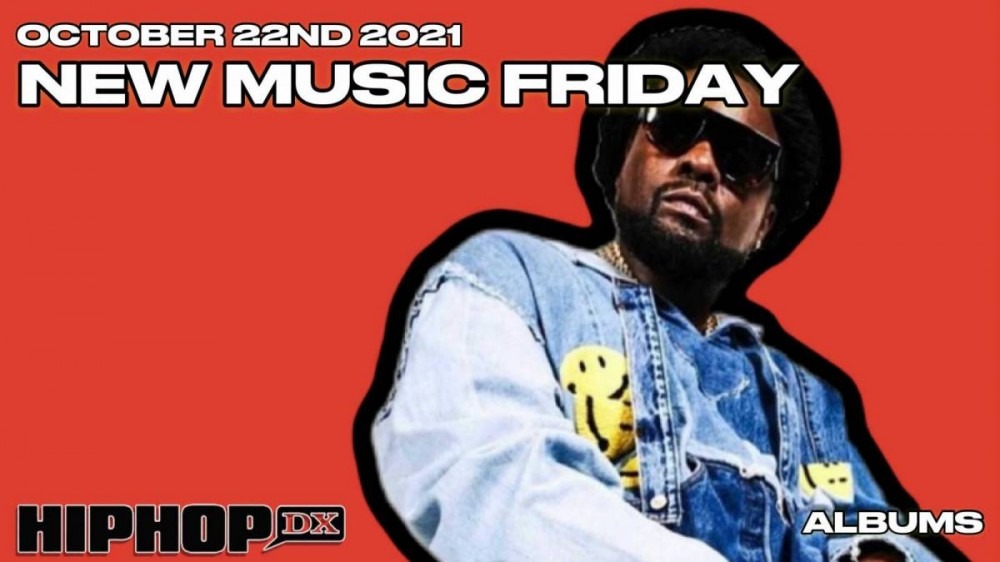 The month of October has already proved to be loaded with quality music and luckily the hot streak continues this week. Each Friday, HipHopDX runs through the essential new albums from Hip Hop and R&B, giving you plenty to explore over the weekend.

This week kicks off with a new album from Wale, his first since 2019’s Wow…That’s Crazy. Meanwhile, Fetty Wap emerged for the first time this year and fans were happy to receive the deluxe edition to Moneybagg Yo’s A Gangsta’s Pain.

Majid Jordan, Bktherula and more released new albums, so keep reading DX‘s complete coverage of the best albums which dropped during the week ending on Friday (October 22), below. And let us know what you’re playing first in the comment section.

Perennial rap star Wale supersedes trends. Even after nearly two decades in the rap game, Wale’s music still sounds as fresh as it did on 2009’s Attention Deficit. Still, three years have passed since the Maryland-born rapper dropped his last album, making Folarin II somewhat of a return to prominence.

That’s not to say Wale hasn’t been active. He’s dropped dimes on EarthGang’s “Options” and Queen Naija’s “Butterflies Pt. 2” just to name a few. Nevertheless, it’s a joy to listen to Wale rapping in peak form on Folarin II alongside collaborators including J. Cole, Rick Ross and Jamie Foxx.

In 2015, few artists could rival the influence and dominance of New Jersey’s Fetty Wap. He exploded onto the scene with tracks such as “Trap Queen” and “679” before rescinding from rap’s spotlight. He released a few projects in 2018 and 2020 but struggled to reach his 2015 highs.

The Butterfly Effect represents a resurgence for the one-eyed rapper. The Hip Hop landscape is perfectly habitable for Fetty Wap, an artist who helped define the melodic trap of the late 2010s.

Moneybagg Yo – A Gangsta’s Pain: Reloaded

Moneybagg Yo’s masterful album A Gangsta’s Pain (which originally dropped in April of this year) launched the Memphis rapper into new heights. He had been flirting with the top of Billboard charts with previous albums 43va Heartless and Time Served, but his 2021 album finally took him to the top.

Yo now comes forth with the Reloaded version of his most successful album to date, adding seven new tracks to the project’s original twenty-two. Included in the new edition is “Switches & Dracs” featuring Lil Durk, EST Gee and Pooh Shiesty, “This Feeling” with Yung Bleu and Janiyah and the “Wockesha” remix featuring Lil Wayne and Ashanti.

The relationship between the NBA and Hip Hop has continued to grow in recent years thanks in part to LeBron James’ work on 2 Chainz’s Rap Or Go To The League and Portland Trail Blazer point guard Damian Lillard’s rap releases under the name Dame D.O.L.L.A.

Kawhi Leonard is the latest hooper to try his hand as a Hip Hop executive producer with the release of Culture Jam, a seven-song EP which features rappers and producers from across the country. Included on the project are YoungBoy Never Broke Again, NLE Choppa, Rod Wave, A Boogie Wit Da Hoodie and many more.

Disruptive rapper JPEGMAFIA’s 2019 album All My Heroes Are Cornballs served as the 31-year-old artist’s biggest look in his career thus far, but he’s looking to challenge it with his latest project LP!. Peggy’s raps exist somewhere between here and Saturn. The Flatbush, Brooklyn artist’s music infuses sounds from the internet, hardcore music and underground New York rap into his signature digital Hip Hop, a sound that’s propelled him to the forefront of Avant-Garde rap.

LP! comes after 2020’s EP! and EP2! from earlier this year, and is loaded with the same frenetic energy JPEGMAFIA fans first grew to love.

R&B duo Majid Jordan, comprised of Majid Al Maskati and Jordan Ullman, has been responsible for plenty of hits in their young career. From their work on Drake’s “Hold On, We’re Going Home” to Beyoncé’s “Mine,” the two Canadians are no strangers to Billboard charts. But in recent years, the duo has focused less on creating songs for other artists, and more on their own work.

Wildest Dreams, the latest project from the OVO Sound artists, explores their knack for smooth hooks and epic harmonies over moody production. Four years have passed since the last Majid Jordan, and their growth is apparent, waxing poetic about love, relationships and loyalty.