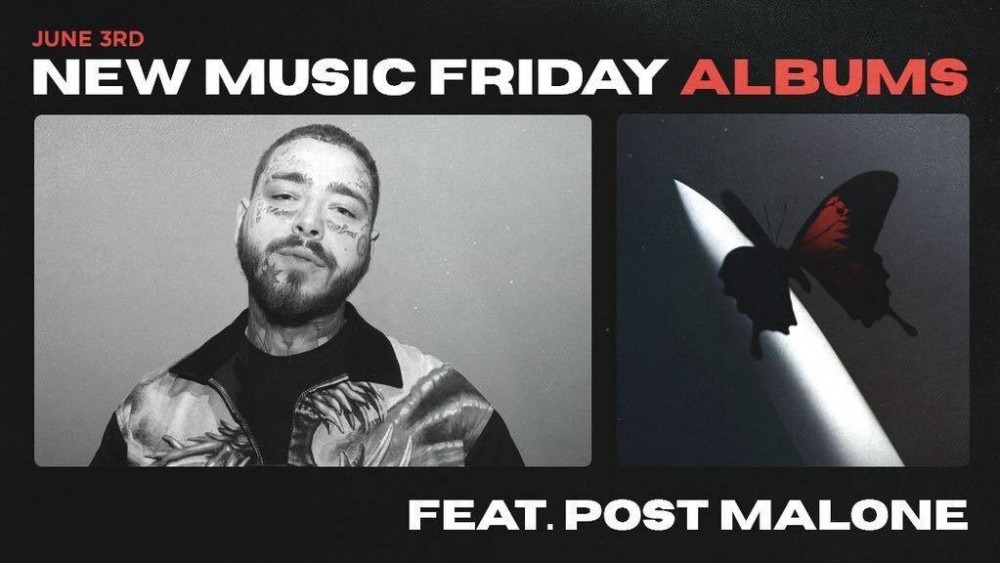 Memorial Day has passed and the first week of June is coming to an end. Hip Hop and R&B artists must have been saving their heat for the start of summer, as this edition of New Music Friday is loaded top-to-bottom with albums perfect for the heat.

Kicking things off is Post Malone with Twelve Carat Toothache, his first album since 2019’s Hollywood’s Bleeding. From there we check out You Can’t Kill Me by genre-defying Kanye protege 070 Shake before streaming Namir Blade’s Metropolis.

Also included this week are Vory with Lost Souls, KayCyy’s Get Used To It and the rap and Big Moochie Grape’s East Haiti Baby.

Keep reading for the internet’s best round-up of new albums from Hip Hop and R&B for the week ending on Friday (June 3), below.

New York Times writer Jon Caramanica once labeled Post Malone “emotional tofu” on an episode of the Popcast podcast. It’s an astute observation; the Texas-bred rapper and popstar has a knack for blending in to whatever sound is hot at the moment. He’s not a tastemaker, but he uplifts trends to the highest highs of radio plays and TikTok fame.

The same is true on Twelve Carat Toothache, the “Psycho” singer’s fourth studio album. Spanning fourteen tracks, Malone’s latest reminisces on love (“Wrapped Around Your Finger”), his relationship with substances (“Love/Hate Letter To Alcohol” with the Fleet Foxes) and more. It also features guest verses from the likes of Doja Cat, Gunna, The Kid Laroi and more.

070 Shake’s career began in a fluster. After the release of Kanye West’s 2018 album Ye, fans were puzzled: who was that singing the dramatic and stunning hook on “Ghost Town?” Quickly, Shake was discovered as the mind behind one of the album’s shining moments. From there she went off to become a sensation through her 2020 project Modus Vivendi and its deluxe.

Now the Jersey native is back with You Can’t Kill Me, a fourteen-song album produced by an all-star lineup including Mike Dean, WondaGurl, Johan Lenox and more.

KayCyy – Get Used To It

Staying in line with the pattern of Kanye disciples who have blossomed into breakout artists, KayCyy continues his prolific streak of releasing music with Get Used To It. KayCyy, who famously inspired Ye during the DONDA recording sessions, is known for a digital, ethereal sound which wafts between heavily auto-tuned R&B and raps in the same lane as Playboi Carti, has already dropped plenty of tracks in 2022, from “Borrow” to the Gesaffelstein-produced “OKAY!,” but Get Used To It is the first full-length project since Ups & Downs from 2021.

His work with Kanye has already led to features for artists like Fivio Foreign and Johan Lenox, so there’s no doubt that his latest release will send him into new heights. KayCyy handles much of the project solo, but still makes room for assists from 070 Shake and Lancey Foux.

Three times is the charm. The third and final frequent collaborator of the artist formerly known as Kanye West to drop a solo project this week is Vory with Lost Souls. Vory, known for his delicate voice and seamless harmonies, is often thought of as a filler piece for Ye, but on his latest he reminds those who haven’t been paying attention of his own prowess as a songwriter.

Led by “Do Not Disturb,” the late night club anthem which features NAV and Yung Bleu and the Yeezy-assisted “Daylight,” the rest of the fifteen songs boast Vory’s singing with a bit of help from Beam, Fresco and Landstrip Chip.

Namir Blade’s 2021 collaborative project Imaginary Everything with producer L’Orange was one of the year’s best records, so it’s thrilling to hear new music from the Nashville rapper. Metropolis, led by the triumphant single “Mephisto,” contains sprawling, heady raps and soulful, rich production.

Blade might not receive the same shine as others in his class, but for two years now he’s been proving that his raps are a force to be reckoned with.

The dark and brooding raps of Lil Tracy return on his latest album Saturn Child. The son of Ishmael Butler of Digable Planets and Shabazz Palaces fame, Tracy’s life has been dedicated to music. He’s worked previously with the likes of the late Lil Peep, but also artists such as Lil Gnar, The Khan, Riff Raff and more.

Saturn Child, the first album in two years from the “witchblades” rapper marks a new chapter in the rapper’s life, one full of heavy synths and booming drums. But don’t worry, he’s not left behind the emotional lyrics which have become his signature.

This week wouldn’t be complete without awarding this week’s Honorable Mentions to MC Ren for Osiris and East Haiti Baby by Big Moochie Grape.