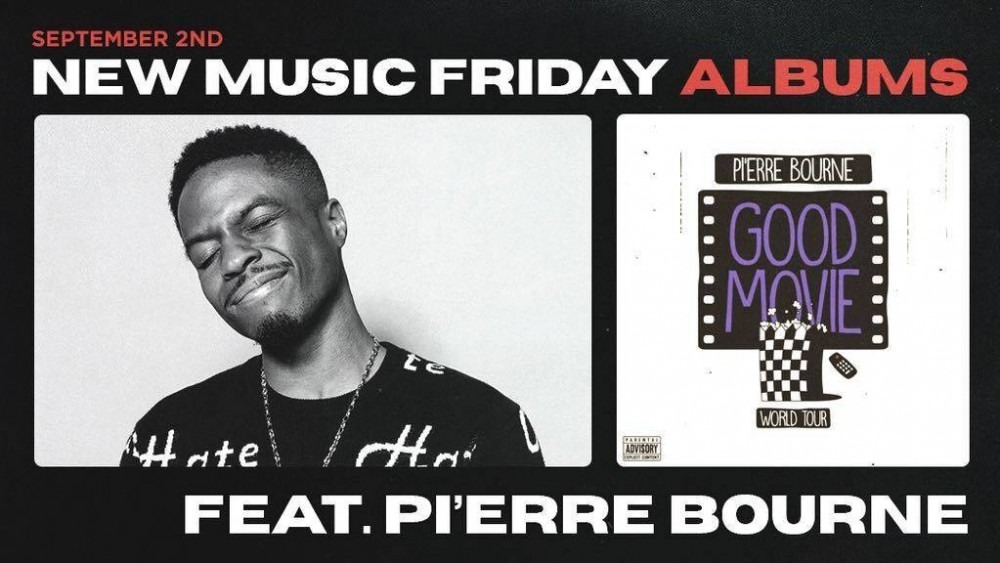 HipHopDX – Several bombshell headlines, such as JAY-Z’s one-take, four-minute verse on DJ Khaled’s “GOD DID,” Dr. Dre and Diddy’s legendary studio session and Drake and The Weekend continually ignoring Tory Lanez’s collaboration requests, have emerged from within the wide world of Hip Hop this week.

Check out all of the albums released on Friday (September 2) below.

The “Biology 101” rapper first announced his massive Good Movie World Tour, which kicks off on September 6 and runs through early December, in July, just weeks after releasing his June Space Age Pimpin’ collaboration tape with Juicy J. Not to mention he also linked up with Jelly for his Wolf of Peachtree 2 project this past May.

Now, days ahead of his three-month-long tour and on the heels of the release of the project’s title track, Pi’erre Bourne delivers his new album Good Movie, featuring guest appearances from Young Nudy and Don Toliver.

Logic is a prolific MC, but he’s no stranger to production either. The DMV native has honed his chops behind the boards over the last decade, producing tracks like “Under Pressure,” “Fade Away” and “1-800-273-8255,” his biggest hit so far.

Now, Logic steps into full beat-maker mode with Peanuts, his first official instrumental album. The 20-track project — whose title doubles as his latest alter-ego — continues the boom bap flavor of June’s Vinyl Days. With an array of music and movie samples sprinkled throughout, it seems Logic’s recent partnership with Madlib has rubbed off on his production style.

It has been a long time coming for producer Kenny Beats. From navigating the transition from electronic music to Hip Hop in the 2010s to working with artists such as Vince Staples, Denzel Curry, 03 Greedo and Curren$y, to gaining notoriety and viral fame via his freestyle YouTube series The Cave, Kenny Beats has taken many pathways on his trail to success.

Seemingly, the only thing left to do in order to cement himself as a household name is to drop his debut solo album. Clocking in at 17 tracks, the fully-instrumental Louie was recorded in late 2021 after Kenny’s father was diagnosed with pancreatic cancer. “Something dark turned into something beautiful,” he said in a statement. “This album encapsulated the feeling of that one month.”

No, Ari Lennox did not release her upcoming album Age/Sex/Location early.

Fortunately, fans only have to wait another week for the follow-up project to the Dreamviller singer’s 2018 Shea Butter Baby project, which she told J. Cole is the equivalent to her Eat Pray Love journey in life. However, according to a tweet from Ari on September 1, the “Hoodie” vocalist will be taking a break from social media up until the release date of her new LP.

So for now, enjoy the five-song Away Message EP from Ari Lennox, which also includes a guest appearance from Summer Walker.

Sha EK – Face Of The What

Bronx rapper Sha EK is well on his way to stardom in 2022.

Emerging from the crowded, yet exciting drill music rap scene in New York as one of the top dogs, Sha EK has cultivated a battle-tested name for himself behind the strength and popularity of high octane singles such as “D&D” and “New Opps.”

Now, Sha EK offers his innuagural release with Warner Records byw way of his 17-track Face of The What album.