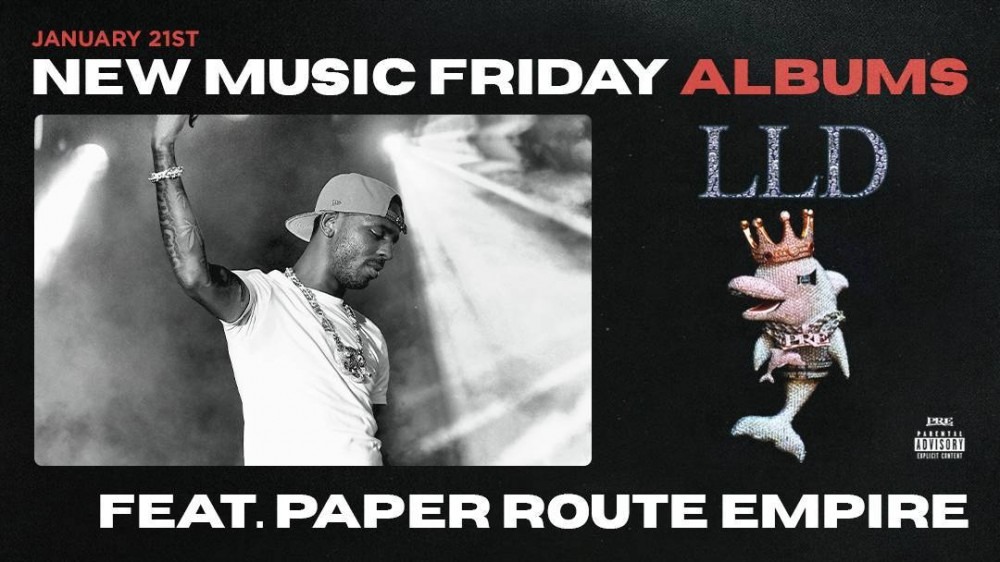 HipHopDX – The team at HipHopDX is serving up a six-course feast of new releases for yet another edition of elite New Music Friday coverage.

For starters, NBA YoungBoy is cooking up several pounds of his world-renowned rap beef for the follow-up to his 2021 Sincerely Kentrell album. The entire Paper Route Empire has come together to whip up a memorial album in honor of late Memphis rap legend Young Dolph and “Mood” rapper Iann Dior has cooked up yet another eclectic dish, rule breaking dish.

Check out all of the releases that dropped Friday (January 20), below.

It has become clear that NBA YoungBoy was not very serious about the retirement plans he announced on Clubhouse last year.

After starting the New Year with a string of singles and a new affinity for make-up, YoungBoy has done his due diligence to exacerbate his rap beef with artist such as NLE Choppa and Lil Durk with subliminal bars and cryptic Instagram posts layered in relentless fashion.

Seemingly embracing all facets of his polarized image, NBA YoungBoy is showing his true Colors on his first release since last year’s From The Bayou collaborative album with Birdman.

As the Hip Hop community and Memphis rap fans begin to gain some closer now that the alleged murderers of the late Young Dolph are at the mercy of the justice system, the next generation of the Rich Slave rapper’s Paper Route Empire legacy is giving him a proper memorial.

Iann Dior – On To Better Things

With the wind at his back following his appointment to the exclusive Forbes 30 Under 30 list, “Mood” rapper Iann Dior is preparing to move On To Better Things with his new project.

Having already given fans a taste of the alternative vibes thriving within his new music via the Machine Gun Kelly-assisted, Travis Barker-helmed “Thought It Was” single, Iann Dior is poised to capture a moment for himself to start 2022 by releasing the follow-up to his 2020 I’m Gone album.

Intact with an additional feature from Lil Uzi Vert, Iann Dior’s On To Better Things includes 15 new genre-bending bangers from the Texas-bred artist.

British Hip Hop Duo Young T and Bugsey have made the jump across the pond and encountered widespread popularity due to the success of their debut album Plead The 5th — which is home to their breakout Aitch-assisted “Strike A Pose” banger and vibey “Don’t Touch” record featuring Tottenham rap titan Headie One.

The pair has seemingly embraced the influence of American Hip Hop culture wholeheartedly throughout the rollout of their sophomore album by paying homage to Outkast with their Stankonia-themed photo-op in addition to their pilgrimage to the West Coast to collaborate with DX Rising Stars alum Blxst on their project-leading bop “Nice.”

With additional assistance from Huncho, Jasmin May and Chronixx, among others, Young T and Bugsey enter a new era with their 15-track Truth Be Told LP.

Following the announcement of the new rap trio The Council that he, Dave East and G-Unit alumnus Lloyd Banks, Vado has recruited a superteam of produces featuring notable Hip Hop composers such as Renegade, 38 Spesh, Cool N Dre and countless others for his Long Run Vol. 2 project.

Taking a similar approach to his recruitment of beatmakers for the album, Vado has enlisted multiple New York rap stars to be a part of the release including Jim Jones and Don Q.

Pittsburgh rapper J-Haze has come a long way from his beginnings as the protégé of West Coast rap veteran Glasses Malone.

Electing to pick up in 2022 right where he left off last year, J-Haze offers likely the first of many projects of the year in the form of his 15-song You’re Welcome release.