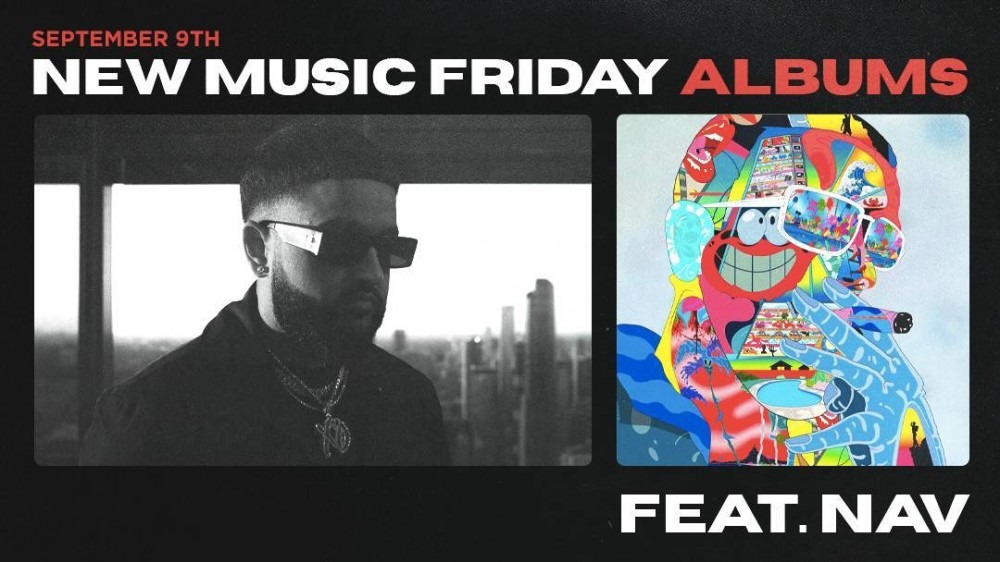 HIPHOPDX – Another week has passed in the world of Hip Hop and R&B, and if there’s one thing you can count on, it’s HipHopDX bringing you a round-up of the newest and best albums to explore this weekend.

Kicking things off is the long-awaited Demons Protected By Angels by Toronto MC NAV. From there, we explore Lyfë, the latest album from internet sensation Yeat, before checking out age/sex/location by Dreamville’s own Ari Lennox.

If those artists aren’t for you, don’t fret; there’s a plethora of music available this week that’s sure to satisfy any fan. Also dropping this week is NBA YoungBoy’s surprise Realer 2, Benny The Butcher and the Black Soprano Family’s Long Live DJ Shay and TiaCorine with I Can’t Wait.

Keep reading to find all the new projects that dropped on the week ending on Friday (September 9) below.

NAV’s bubblegum trap sound has been captivating audiences since his 2017 debut self-titled project. In the following years, the Canadian rapper went on a roll, releasing Perfect Timing with Metro Boomin, Bad Habits, Good Intentions and Emergency Tsunami from 2020. But in the last two years the MC has been relatively quiet, aside from a small handful of features.

After several delays, Demons Protected By Angels has finally arrived and it reinserts NAV back into the spotlight. Spanning 19-tracks, NAV’s latest features a familiar cast of characters, from Future, Lil Uzi Vert and Travis Scott to Lil Baby, Lil Durk and Gunna. But alongside the safe choices are a few new faces, including Babyface Ray, who has steadily crept into Hip Hop’s mainstream.

One of Hip Hop’s most electric artists has returned from the depths of Portland, Oregon to bless fans with new music. Yeat, the viral sensation who swept through rap in 2021 and 2022 with Up 2 Më and 2 Alivë, has stepped forward with his latest body of work titled Lyfë.

Ahead of its release, Yeat was caught bragging that he didn’t feel threatened that he was releasing on the same day as NAV, claiming that Lyfë would “sh*t on [Nav’s] album.” It’s never clear when Yeat is being sincere or just rambling, so his comments shouldn’t be over-analyzed. Nevertheless, it will be fun to see how things shake up over the coming week.

The season of Dreamville is in full swing. In August Atlanta’s JID dropped The Forever Story, his first release since 2018’s DiCaprio 2 (not counting his work on Spillage Village’s 2020 project Spilligion). Cozz and Bas have both been actively unveiling new music, and now Ari Lennox has arrived with her latest album, age/sex/location.

On the final day of August, Ari Lennox released Away Message, an EP which prepared listeners for her upcoming project. Among those songs were “Queen Space” with Summer Walker and the smooth sounds of “Tatted.” Adding to those tracks are features from Lucky Daye on “Boy Bye” and Chloë on “Leak It.”

It seems that every few weeks YoungBoy Never Broke Again releases new music. To some, this may diminish how they view the quality of his records, given the importance so many fans give to sparsity in Hip Hop. But the undeniable fact is that despite his prolific nature, YoungBoy’s music thrives because of how inescapably good it is.

Realer 2, released earlier this week, is a testament to his approach. With 15-songs, the Baton Rouge rapper handles the entirety of his project solo, with the exception of a feature from Jaz on “Poppin Shit.”

Clearly, the Hip Hop collectives are out in full force this week. In addition to the release of Van Buren Records’ DSM, Benny The Butcher’s Black Soprano Family just released Long Live DJ Shay, a compilation of music from all of the Griselda rappers.

Fans of heavy boom-bap rap can rejoice because Long Live DJ Shay is a celebration of bars dedicated to Griselda’s recently passed DJ. There are, of course, songs produced by the late DJ Shay, but other producers stepped forward including DJ Premier, Rick Hyde, Alchemist and more.

Sampa the Great – As Above, So Below

Sampa the Great, the Australia by way of Zambia rapper, just came forward with As Above, So Below, her sophomore album and the first full-length project she’s released since 2019.

Where Sampa’s debut album The Return and 2017’s Birds And The BEE9 EP focused more on keeping the rapper front and center of the music, As Above, So Below expands her scope. It recruits help from artists such as Denzel Curry, Joey Bada$$ and Kojey Radical to achieve her goal.

In recent months, TiaCorine has grown from a burgeoning talent making waves in Hip Hop’s underground to finding her way to the big stage. In 2020 Tia began to gain momentum through the release of 34Corine, an album which contained breakout songs including “Lotto” and “Mine.” The rapper caught another hit alongside Kenny Beats on “Luigi.” Now she’s back with I Can’t Wait.

Adding to Tia’s explosive raps is Tony Shhnow, the breakout rapper who is still living off the highs of his excellent Reflexions album, SoundCloud legend UnoTheActivist on album opener “Beamie” and a throwback with Kenny Beats titled “Chaka Khan.”

Hailing from Massachusetts, a state which has seen its Hip Hop scene grown substantially in recent years, partially with the help of Hip Hop collective Van Buren Records.

The Brockton-based group first broke onto the scene with Bad For Press from 2021, a rowdy and energetic record which showcased the group’s vocalists: Felix, Meech, Saint Lyor and Luke Bar$. When Van Buren comes together you can expect a showdown and unrestrained rapping from some of the game’s hungriest MCs.