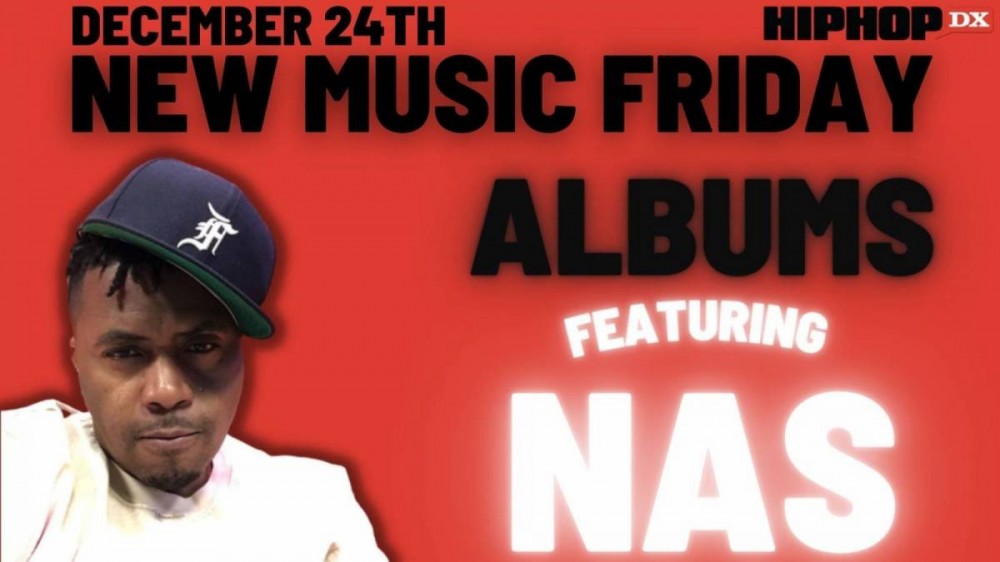 Christmas came a day early this year, as fans woke up to a delivery of several new albums on this week’s edition of New Music Friday.

This Friday didn’t bring a plethora of new music, but what it lacked in quanity was made up for by the quality of the project’s released.

To start, Nas and Hit-Boy came together again for Magic, capping off their already prolific year. Curren$y also dropped a new project in the form of Pilot Talk 4, Pacman da Gunman released 6325 and Alchemist is set to unleash Cycles.

Curren$y has always been a prolific artist, but he stepped the bar up in 2021 and still managed to squeeze in another album before the year ended.

Pilot Talk 4 marks the Jet Life Records rapper’s eighth solo project of the year, but despite the onslaught of new music, his projects elude any filler. Only one feature graces the Pilot Talk 4 tracklist, but when that guest is Jay Electronica, nothing else is needed.

Perhaps no one had a more influential year than 2021 HipHopDX Producer Of The Year Alchemist.

The Boston-born producer was responsible for some of the year’s best music, from Bo Jackson (and its follow-up Super Tecmo Bo), his joint album with Griselda Records’ Boldy James to HARAM with Armand Hammer, Alc has yet to miss.

His hot streak continues with Cycles, presumably the superproducer’s final project of the year, but at the rate Alchemist is working, there’s no way to be certain he won’t sneak in another in the coming week.

Longtime affiliate of the late All Money In Records founder Nipsey Hussle Pacman da Gunman has come forward with his third record of the year, 6325.

4Donning traditional sounds of Los Angeles and new West Coast trends alike, Pacman’s latest is an extension of the work he’s been dropping in the years since Nipsey’s death, but “City Love,” which features Crenshaw’s Finest, is a nostalgic journey into the glory days of All Money In.