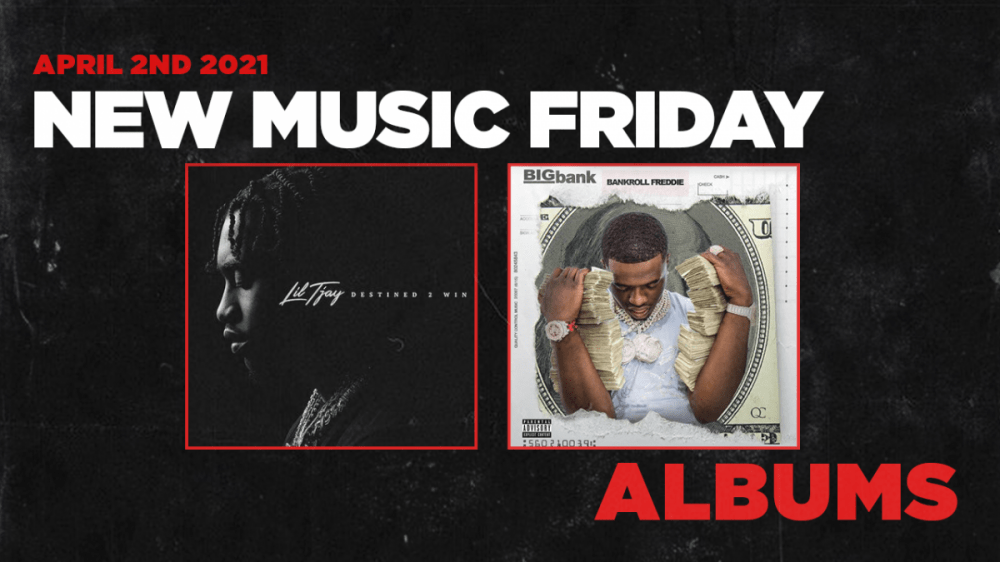 HipHopDX – It’s the end of the week — and that means HipHopDX is locked and loaded with a list of the hottest releases for the April Fool’s edition of New Music Friday Albums coverage.

All jokes aside, this week’s highlights include the highly anticipated follow-up album from Bronx rap wunderkind Lil Tjay and a quick update EP from Atlanta-bred crooner 24hrs. Newcomers Bankroll Freddie and AG Club also deliver new offerings worth tuning into.

Check out the full list of albums released on Friday (April 2).

Lil Tjay’s 2019 True To Myself album saw the 19-year-old exercising his star power with co-signs from mainstays like Lil Wayne, Lil Baby and Lil Durk. Led by his Lil Tjay’s collaborations with 6LACK and Fivio Foreign and Polo G, Destined 2 Win forges new relationships with rappers such as Saweetie, Tyga, Moneybagg Yo and 2021 HipHopDX Rising Star Toosii.

24hrs paid homage to the city and the mixtape series that raised him in 2020 with the release of his 12AM In Atlanta 2 album. Initiated by his eponymous from earlier this year, 24hrs’ presses on into a new chapter with his 13-track Real Walker offering — which hosts guest appearances include artists such as T.I., Ty Dolla $ign, PNB Rock and MadeinTYO.

Quality Control’s rising Arkansas-bred rapper Bankroll Freddie continues to relish in his transition from within the trenches into to the  following his 2020 From Trap To Rap album with his money-motivated Big Bank album. Including Bankroll Freddie’s “Rich Off Grass” collaboration with Young Dolph, Big Bank houses 13-tracks and features verses from Gucci Mane, 2 Chainz, Megan Thee Stallion, PNB Rock, EST Gee, Big 30 and Young Scooter.

YouTuber-turned-rapper Quadeca holds down one of this week’s Honorable Mention spots with his From Me To You album that includes features from IDK and Guapdad 4000.