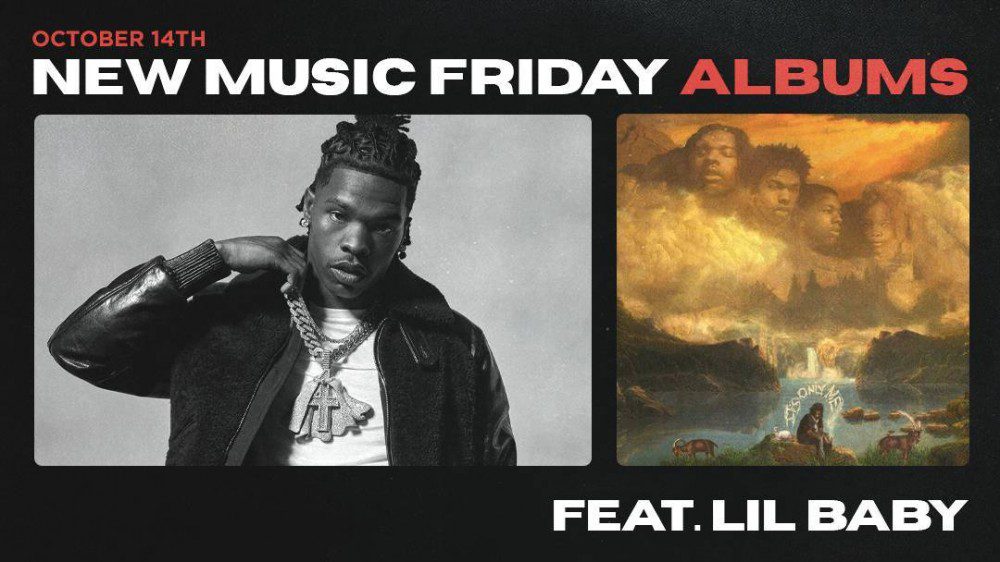 However, with a new day comes a fresh opportunity for all artists alike, and this week’s edition of HipHopDX’s New Music Friday Albums coverage is littered with potential blockbuster releases from superstars such as Lil Baby, who is finally unleashing his highly anticipated, star-studded It’s Only Me album. Additional highlighted projects arrive from across the pond by way of U.K. rapper Central Cee’s surprise NO MORE LEAKS EP, Detroit lyricist Tee Grizzley’s storytelling masterpiece Chapters Of The Trenches, and 2022 DX Rising star Mavi’s sophomore album Laughing So Hard, It Hurts.

Check out the rest of the albums released on Friday (October 14) below.

In the two years since the release of his chart-topping debut album My Turn, it’s almost as if Lil Baby found a glitch in The Matrix and figured out how to exploit it to his benefit.

Along with adding numerous high-value accolades to his evolving portfolio, which includes eight Grammy Nominations, and mega-hits such as his 5x multi-platinum single “Close Friends,” Wham has become a global rap icon. Lil Baby’s 2022 moves alone are highlighted by lucrative name and likeness promotional campaign deals with brands such as Rap Snacks, Axe and Amazon Prime Video, who premiered his viral documentary Untrapped: The Story of Lil Baby.

Now, the 4PF general is truly ready to prove he is in a league of his own with his colossal 23-track It’s Only Me album. Home to the breakout single “Heyy,” Lil Baby’s latest LP includes guest appearances from artists such as Young Thug, Future, Nardo Wick, Pooh Shiesty and EST Gee, among others.

On the heels of the release of his breakout Wild West album, the “Loading” MC harnessed the momentum he created thus far and channeled it into his smash single “Doja,” which has been streamed over 250 million times since its July release. The single, which has over 2.5B views on its TikTok and Doja Cat’s personal stamp of approval, may only be overshadowed by his recent viral L.A. Leakers freestyle.

Further harnessing the organic traction he’s creating with each release, Central Cee is extending an olive branch to eager fans awaiting his next full-fledged project with the release of his four-song No More Leaks EP.

Tee Grizzley – Chapters Of The Trenches

Tee Grizzley is clearly a man of his own, however, he is elevating the tradition of storytelling rap in 2022 with the same sort of intensity and raw skill that Hip Hop Pioneer Slick Rick did in 1988 with his classic “Children’s Story” lyrical epic.

Kicked off with the release of his action-packed “Robbery Part 4” visual single, the Detroit rapper’s Chapters Of The Trenches project immediately established the elite level of wordplay he has to offer throughout the audio drama. The album’s subsequent single “Jay & Twan 1” adds yet another undeniable layer of lyrical grit and cunning songwriting to the “First Day Out” rapper’s repertoire for the release.

In total, Tee Grizzley’s Chapters Of The Trenches album includes 13-tracks intricately woven together to narrate a treacherous story where desperation meets opportunity, leading to ill fates for the fictional figures personified throughout the tracklist.

Mavi – Laughing So Hard, It Hurts

Howard University neuroscience major Mavi is closing out 2022 with a bang.

Along with earning co-signs from artists like Jack Harlow, IDK, and Earl Sweatshirt, the 2022 DX Rising Star candidate racked up millions of streams independently, which have culminated into his massive fan base of four million-plus Spotify monthly listeners.

The North Carolina native quantifies his prolific pen game, while also championing the disembodied voices of his ancestors, upon the release of his 16-track Laughing So Hard, It Hurts album.

Multi-hyphenate rapper-producer Jared Evan is bringing the story of his illustrious career to life on his trifecta-completing B.B.3 album.

Since inking his first record deal with notorious record label executive Jimmy Iovine and Interscope records in 2010, the New York native has gone on to carve out a lane of his own with hallmark projects, such as his beloved Boom Bap & Blues album, which he originally collaborated with producer extraordinaire DJ Statik Selektah on.

Jared Evan continues to dig deep in his bag with his all-new B.B.3 album, which includes guest verses from artists such as Skyzoo, Ché, Termanology and more.

Also be sure to check out this week’s New Music Friday singles coverage featuring new songs fromLil Yachty, Doechii, $NOT and more.