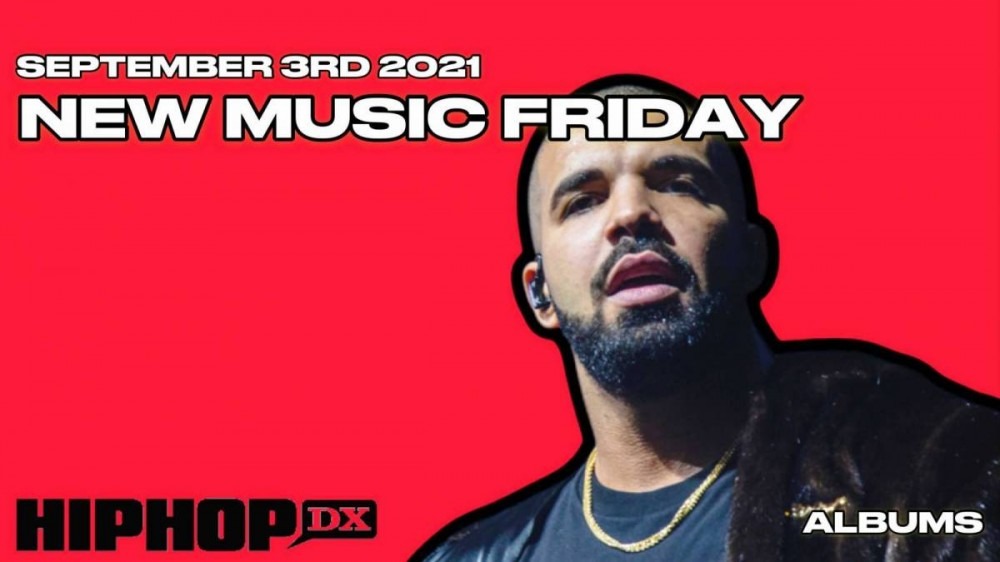 HipHopDX – Though the entire Donda vs. Certified Lover Boy album vendetta saga has unfolded in ways few of us expected, the time has finally upon us all.

With Kanye West sneaking in his feature-heavy masterwork this past Sunday (August 28), Drake is afforded free roam in this week’s edition of HipHopDX’s New Music Friday coverage.

Dive into the full list of releases from Friday (September 3), below.

Whether or not we are all aware of it, this Drake release much is different than any of his previous albums, including his blockbuster 2018 Scorpion project.

Rather than battling the narrative of whether or not he can best himself once again, the 6 God is also going head-to-head with the son of God, Yeezy, while also seemingly living rent-free in the “Jail” MC’s head.

(Check back for the updated version with the album stream once it drops).

After taking his Donda snub to the chin, while also publicly berating Ye and challenging him to a boxing match, Soulja Boy has taken matters into his own hands.

For his Swag 4 offering, the man who taught Drake everything he knows gets on his “Shawn Carter” and bosses up his own sound across 14-tracks, further championing his SODMG Records imprint from solely the hype of Big Draco’s music.

Even tho the is only one feature on Swag 4 from G$ Lil Ronnie, Soulja Boy did get the co-sign from Drake earlier this week, which is almost like the same thing.

Even though D.C. rap veteran Shy Glizzy is all about uniting the DMV area Hip Hop scene, he is still watching out for predators threatening the city’s delicate musical ecosystem.

Guest appearances include verses from Pressa, No Savage, Goo Glizzy, 3 Glizzy and more.

88 Rising & Various Artists – Shang-Chi And The Legend Of The Ten Rings: The Album

With robust plans set for their upcoming Head In The Clouds Festival this November, 88Rising enters the Marvel Universe to deliver Shang-Chi And The Legend Of The Ten Rings: The Album film soundtrack via Interscope and Marvel Music/Hollywood Records.

If it is going to be left up to DJ Gutta Butta and Slimmy B to reaffirm the one-of-a-kind talent thriving in Vallejo, then the Bay Area is going to be well represented.