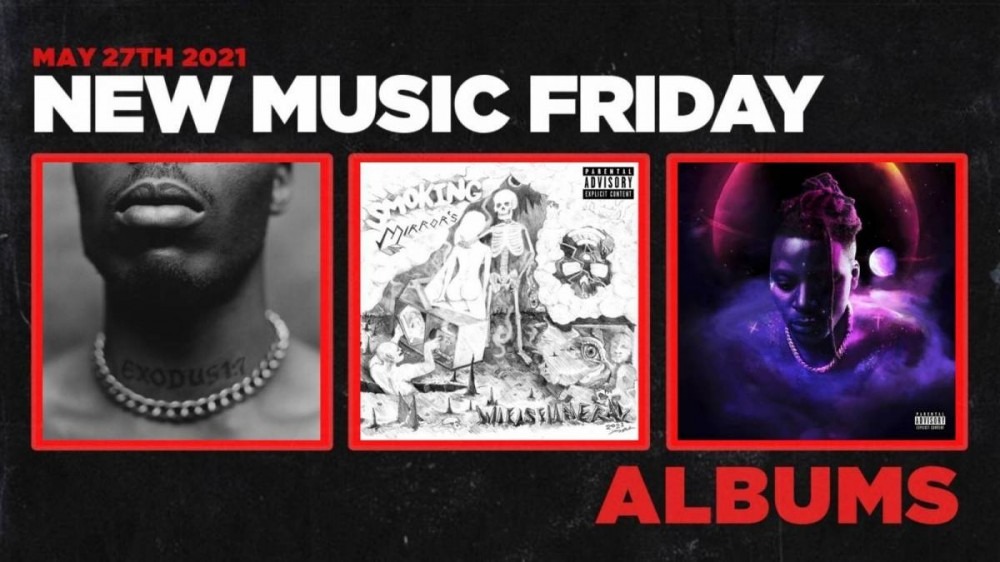 HipHopDX – As Americans prepare to engage in the looming Memorial Day Weekend celebrations, the Hip Hop community at large is underscored by the somber note of New York rap legend DMX’s first posthumous full-length release following his fatal drug overdose back in April.

On the brighter side of things, HipHopDX’s May-closeout edition of New Music Friday coverage includes releases from SoundCloud rappers-turned-indie-artists wifisfuneral and UnoThe Activist.

Peep the full list of top releases from the week ending Friday (May 28), below.

Since delivering his debut album 8 last year, with features from Ty Dolla $ign, Calboy and more, UnoTheActivist has been on a roll musically and has even taken time to get his life in order through meditation and positive moves such as squashing his years-long beef with Playboi Carti.

Capitalizing on the momentum generated from the first installment of his Unoverse album earlier this year, the Republic Records artist returns with 10 new bops for the featureless version two of the project.

After entering the game with the backing of The Weeknd’s XO record label via Republic records, Canadian rap duo 88Glam has continued to build steam while amassing a following and building out robust catalog — highlighted by their 18-track 2020 New Mania album.

Following their “Urgent Messages” collaboration with 6ixbuzz, Derek Wise and 88Camino have put the angels on hold to drop off their three-track Heaven Can Wait EP.

Last year after sharing his Pain? album featuring Coi Leray and Smoove’L, among others, Alamo Records rapper Wifisfuneral seemingly announced his early retirement from rap in an abrupt Twitter frenzy.

But after a string of singles in 2021 including “CC Demons” with jetsonmade, the former XXXTENTACION collaborator has staged his full-time return to making records on his seven-track Smoking Mirrors EP.

DMX passed away on April 9 at White Plains Hospital in New York after he’d reportedly relapsed and suffered a drug overdose, triggering a fatal heart attack. In the weeks following the “Where The Hood At” rapper’s untimely death, his record label Def Jam has already delivered a posthumous prayer EP in an effort to help his fans and supporters mourn and celebrate his life.

With the careful guidance of  Grammy Award-winning producer Swizz Beatz, the estate of DMX is delivering Exodus following the release of the projects lead single “Hood Blues” featuring Griselda MCs Benny The Butcher, Conway The Machine and Westside Gunn.

With additional features from JAY-Z, Nas, Snoop Dogg, Moneybagg Yo and more, Jim Jones has already stamped Exodus as a classic.

Now more than two years removed from the landmark body of work, Killy is taking his fans back more than three years for the update of his 2018 Killstreak EP.