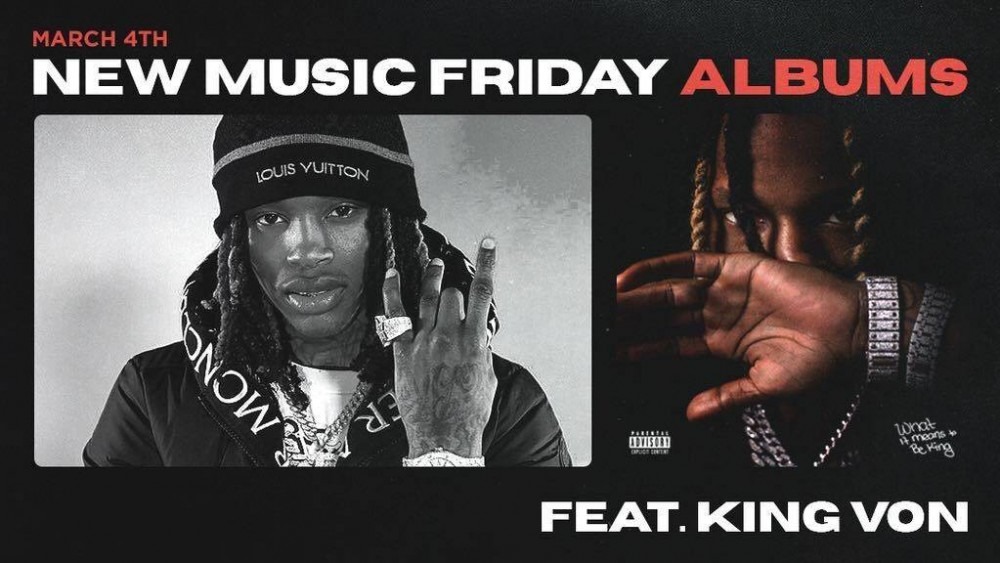 HipHopDX – The first days of March are leading off with an assortment of new vibes to tap into.

In this week’s edition of HipHopDX’s New Music Friday Albums coverage, a gap has been bridged between North Carolina and Baton Rouge in light of the collaborative project from rap bad boys DaBaby and NBA YoungBoy. Purists also have something to look forward to via the joint-effort offering from New York Hip Hop legends the RZA and DJ Scratch.

Additional highlights include a posthumous album from deceased Chicago MC King Von and new releases from artists such as The Cool Kids, BabyTron, BlueBucksClan and more.

Check out the full group of albums released on Friday (March 4), below.

DaBaby & NBA YoungBoy – Better Than You

Since last January, when DaBaby first teased an unreleased snippet of “Bestie/Hit” featuring NBA YoungBoy, which the internet was convinced sounded a lot like Playboi Carti, a conversation has been buzzing about their rumored collaborative project.

Baby and Top made things official last month upon the release of their “Neighborhood Superstar” single in addition to the cover art for their Better Than You project.

Now, DaBaby and NBA YoungBoy share the full 11-song album capping off a short, whirlwind collaborative history for the pair which started out in 2020 with their Baby On Baby banger “Jump.”

King Von – What It Means To Be King

It is still hard to believe it has been nearly two years since the death of OTF rapper King Von, who was shot and killed outside an Atlanta hookah lounge on November 6, 2020.

The Chicago native’s estate has maintained a healthy string of posthumous releases, including the animated visual single for “Don’t Play That” featuring 21 Savage, which dropped last month. King Von’s estate continued the honor the legacy of the Welcome To O’Block lyricist by initiating the rollout of his first posthumous album via the militant “War” single.

Serving as the follow-up to King Von’s 2020 debut album, What It Means To Be King arrives intact with 19-tracks and features from Lil Durk, Fivio Foreign, Moneybagg Yo, Tee Grizzley and more.

The Cool Kids – Before Shit Got Weird

Last month during their augmented reality metaverse performance for the Kid Cudi-backed live music streaming app Encore, Chuck Inglish of The Cool Kids referenced Outkast’s beloved Stankonia and Speakerboxxx/The Love Below albums to help explain the structure of their triple-disc Before Shit Got Weird album.

In addition to The Cool Kids collaborative project, Before Shit Got Weird also includes full-length solo albums from both Sir Michael Rocks and Chuck Inglish.

For part one of their musical trifecta, The Cool Kids deliver 21-tracks featuring an assortment of guest verses from rappers such as JID, Larry June, Guapdad 4000, Chance The Rapper and more.

It has been somewhat of a long road to the release of the RZA and DJ Scratch’s Saturday Afternoon Kung Fu Theater collab project.

After announcing the album last June in light of his new partnership with Cadillac, RZA had the intention to deliver the DJ Scratch-helmed musical masterclass before the end of summer 2021, however, the project seemed to fall to the background.

Detroit rapper BabyTron only initiated the rollout of his Megatron album just days ago by bridging the gap between The Motor City and South Florida with Daboii for their methodical “Chess Players” single.

However, when you have co-signs from Jack Harlow and Kevin Durant, moving to the beat of your own drum is standard, and something that the Shitty Boyz head honcho has become accustomed to.

Coming through with an effortless flex of his unique lyrical skillset, BabyTron drops off his 23-song Megatron album — the follow-up to his 2021 Bin Reaper 2 project.

Los Angeles rap duo BlueBucksClan is off to an impressive start to 2022.

Following the release of their 2021 Clan Virus 2 project, BlueBucksClan has maintained a feverish pace via a string of releases such as their “Valentines Day” offering in addition to their assistance on 03 Greedo’s “Pourin” single.

Continuing to carry the torch for L.A. reality rap, BlueBucksClan drop off a quick four-piece special in the form of their See The Difference release.