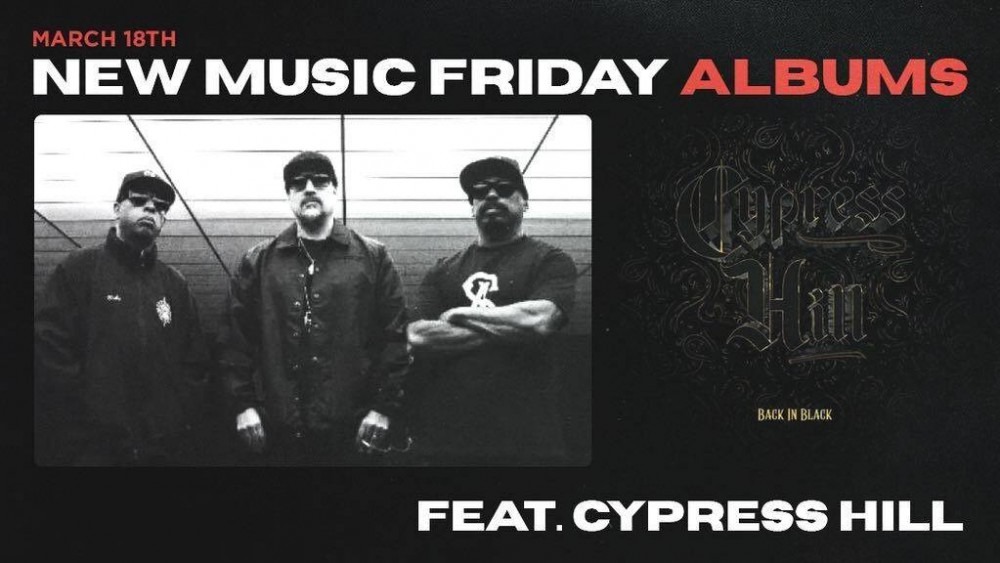 HipHopDX – With fewer projects to cover than in recent weeks past, the silver lining for Hip Hop fans lies in the opportunity to set aside even more time to listen to the latest releases.

Other highlights include a pair of EP’s from Kodak Black-approved Alabama-bred rapper NoCap and Audio Push MC Price in addition to new material from artists such as midwxst, TisaKorean and The Sophomores and more.

Check out the full list of projects that dropped Friday (March 18) below.

Cypress Hill – Back In Black

Prior to that, the three-man rap trio had maintained somewhat of a reclusive status throughout the 2010s and only united to deliver two albums, including their behemoth 21-track Elephants On Acid album in 2018. However, with the help of 420-friendly lyricist Dizzy Wright, Cypress Hill signaled their return via their collaborative “Bye Bye” single.

Now, B-Real, Sen Dog and Mellow Man join forces yet again for their 10-track Back In Black album.

With affiliates such as DaBaby and NBA YoungBoy, 23-year-old rapper NoCap has already been certified for his nonchalant ability to deliver top-tier wordplay on his clever releases. Take for instance NoCap’s hit 2021 “Vaccine” single, which compares the single-dose Johnson and Johnson COVID-19 vaccine to the precision of shooters with their pocket rockets. Seemingly pledging to bring that same metaphorical and lyrical energy in 2022, NoCap gave fans a taste of his mastermind bars with his “Fortune Teller” single in January.

To continue the momentum he kickstarted in January, NoCap announced his upcoming Mr. Crawford album and tour presented by The Smokers Club with his four-song teaser EP featuring his new “Shackles To Diamonds” and “I’ll Be Here” singles.

Multi-platinum Texas producer DJ Chose has become a Billboard hitmaker before our eyes.

And after dropping off his recent visual singles for tracks such as “Too Late” DJ Chose has joined forces with Gucci Mane, Yung Bleu, and Fredo Bang, among others, for his 16-track Multi album.

Young Roddy is determined to remain rooted in his beliefs regardless of where his career takes him.

Following his recent seven-track EP and singles with artists such as Killer Mike and Conway The Machine, Young Roddy elected to reconnect with his spiritual side in the Sergio Lorenzana-directed video for his “Weed & Women” release.

Young Roddy continues his momentous start to the year by reinforcing his faith in the most-high with his Never Question God album which includes guest verses from lyricists such as Smoke DZA, Curren$y, Stove God Cooks and more.

The work ethic that 18-year-old Indiana-bred artist midwxst has tapped into within the last six months is truly impressive.

In 2021 alone, midwxst delivered three full-length projects in his efforts on SUMMER03, BACK IN ACTION, and BACK IN ACTION 2.0, in addition to a string of singles and collaborations with other rising stars such as KA$DAMI.

Texas rap phenom TisaKorean is already having a productive start to 2022.

Following the success of his 2021 mr.siLLyfLow album, the Soapy Club general brought Super Bown energy with his February 1st Round Pick EP.

Building on the vibes he shared with his bop “RWYS,” TisaKorean connects with The Sophomores for their Hope V2 collab project.

The last project Inland Empire rap duo Audio Push delivered was in 2020 when the pair linked up for their No Rest…For The Blessed II EP.

Price, half of the lyrical outfit has since focused on his solo career and has already managed to deliver two solo projects, including his 2021 F.O.E.S. album which features guest verses from Vince Staples, Bino Rideaux and more. To kick off 2022, Price has taken his talents to the majors and has inked a joint venture, partnership record deal with Universal and Motown and his own imprint CLRD Ent.

With assistance from Wale, Big K.R.I.T., Wyclef Jean and Elhae, Price affirms his worth with his inaugural EP The Price.