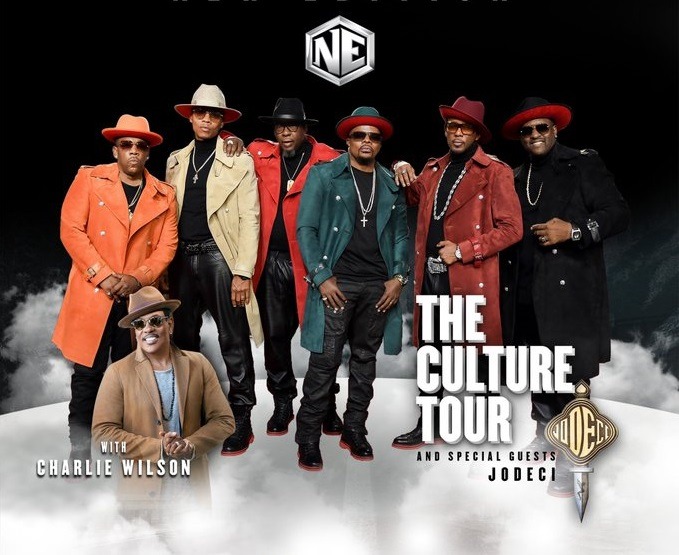 New Edition is set for a nationwide tour in 2022. The iconic R&B group has announced the Culture Tour, which will have special guests Charlie Wilson and Jodeci.

The tour will begin in Feb, hitting Columbia, Georgia. The tour will then visit Chicago, Atlanta, New York, Dallas, and more.

New Edition was recently featured on the American Music Awards stage. New Edition and New Kids On The Block faced off in the so-called “Battle of Boston.” New Edition, Ricky Bell, Michael Bivins, Bobby Brown, Ronnie DeVoe, Johnny Gill and Ralph Tresvant were all present as they will be on the tour. You can get a preview below.