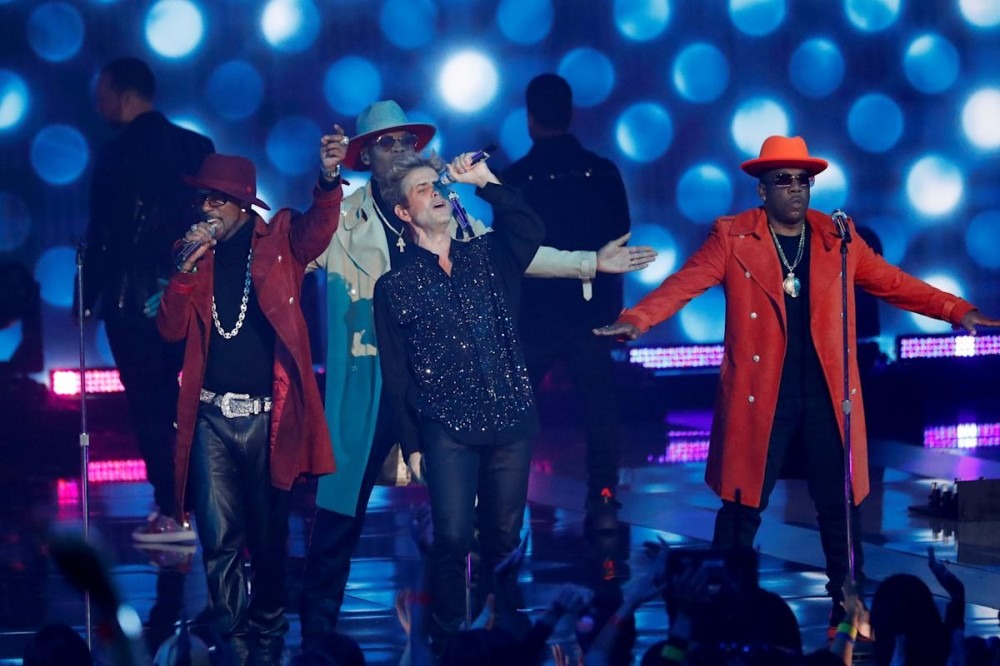 Sunday night’s AMA’s made history and brought nostalgia with New Edition and NKOTB.

The American Music Awards presented two huge acts on stage from the 1980s. New Edition and New Kids On The Block faced off in the so-called “Battle of Boston.”

Hosted by Cardi B, she joked that she hadn’t even been born yet when two of the biggest boy bands were making their mark. The influence and fandom was still present as current boy band, BTS was seen in the audience reveling at the nostalgic performance.

NKOTB whom took the stage first served up pop memories with “You Got It (The Right Stuff),” “Step by Step,” and “Hanging Tough.” Brothers Jonathan Knight and Jordan Knight, along with Joey McIntyre, Donnie Wahlberg and Danny Wood, didn’t miss a note as they represented for their Dorchester neighborhood.

Jordan, Danny & Donnie are certified break dancers who all battled on the streets of Dorchester before they were in New Kids On The Block.

“Battle of Boston” was the first time in pop history that Roxbury natives, New Edition and NKOTB officially performed onstage together.

It won’t be the last as New Edition and NKOTB announced that they are going on tour together in 2022. New Edition will also have a residency in Las Vegas.