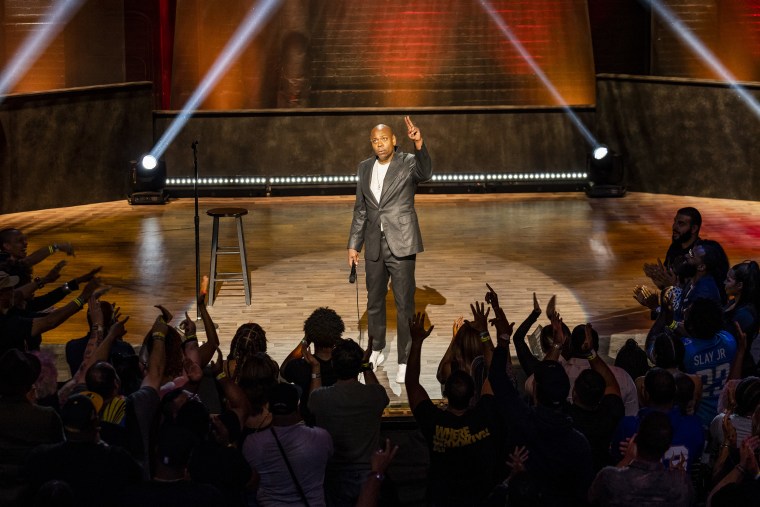 While the LGBTQ community, GLAAD, and the National Black Justice Coalition are calling for Netflix to remove Dave Chappelle‘s latest special, The Closer, the streaming giant’s boss has doubled down on the support.

Netflix co-CEO Ted Sarandos addressed staff members following the special’s backlash, while also providing guidance to how managers should communicate with upset employees and talent that are speaking out against Chappelle.

According to Variety, the guidance was offered during a two-day meeting of the top 500 employees of the company. That meeting was crashed by three junior staffers, one of which is a trans person. The three staff members were suspended.

“Chappelle is one of the most popular stand-up comedians today, and we have a long standing deal with him. His last special “Sticks & Stones,” also controversial, is our most watched, stickiest and most award winning stand-up special to date,” Sarandos wrote in a memo. “As with our other talent, we work hard to support their creative freedom — even though this means there will always be content on Netflix some people believe is harmful.”

Netflix did not offer further comments, but GLADD responded to the memo.

“Netflix has a policy that content ‘designed to incite hate or violence’ is not allowed on the platform, but we all know that anti-LGBTQ content does exactly that,” the statement reads. “While Netflix is home to groundbreaking LGBTQ stories, now is the time for Netflix execs to listen to LGBTQ employees, industry leaders, and audiences and commit to living up to their own standards.”