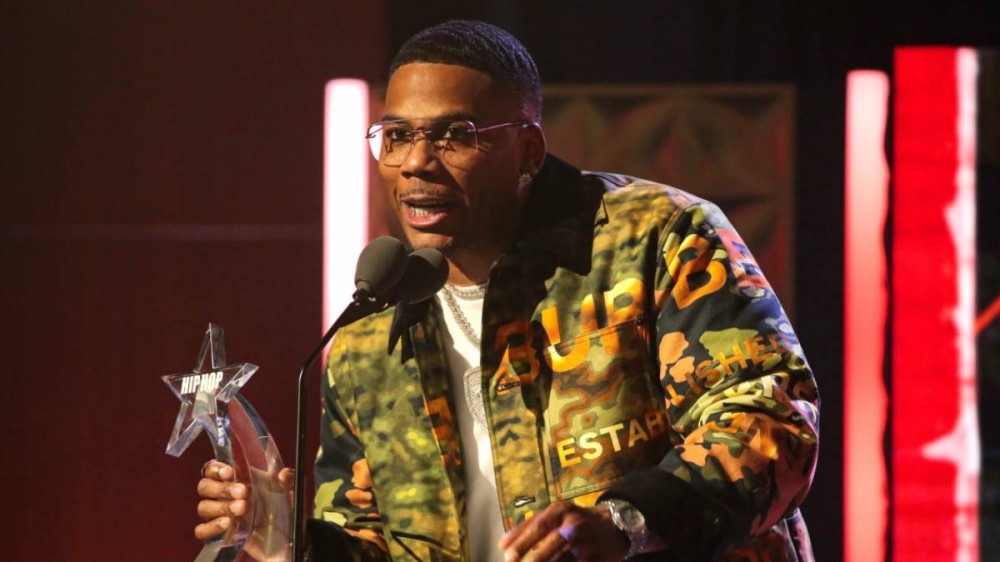 Atlanta, GA – Nelly doesn’t always get the respect he deserves, in spite of being one of the best-selling rappers of all time. But the Country Grammar hitmaker received his flowers at the 2021 BET Hip Hop Awards, which aired on Tuesday night (October 5).

During the awards ceremony, which was held at the Cobb Energy Performing Arts Center in Atlanta, Nelly received the “I Am Hip Hop” Award, the honorary award given to those who have made indelible contributions to Hip Hop music and culture. Previous recipients include Snoop Dogg, Lil Wayne and Master P.

While accepting the award, Nelly paid tribute to his St. Louis, Missouri roots while reflecting on his independent grind coming from a region few rap fans (or indeed labels) paid much attention to at the time.

“Just to be clear, I never had a co-sign. Nobody stood on stage and put their arm around me. Nobody gave me a feature. Nobody put a chain around my neck. I got thrown in the deep end and was told to swim.”

Nelly also saluted LL COOL J, who hit the stage earlier in the night to present Tyler, The Creator with the inaugural Rock The Bells Cultural Influence Award, for shaping him as an artist.

“Let me tell y’all something… that guy,” he said. “The influence that he put on Nelly was incredible because all up until L, I thought you had to be one way to be a rapper. I never looked at rap a certain way until that man did his thing, and then I was like, ‘Woah! I think I can do that.’

“So much so that I started jacking a lot of shit from him,” he joked. “But we talked about that, he’s forgiven me.”

Later, Nelly proved exactly why he was picked as this year’s “I Am Hip Hop” recipient by performing a medley of his greatest hits. Stepping out of a 1970 Oldsmobile Cutlass — a nod to his classic “Country Grammar” video — with the St. Louis skyline in the background, the Derrty Ent. CEO kicked off the party with “E.I.” before swerving into “Country Grammar (Hot Shit)” and “Air Force Ones.”

Nelly was joined by a few friends during his throwback set, with Jermaine Dupri joining the fray for the Jagged Edge collaboration “Where the Party At” and “Grillz,” which also featured a cameo from the ice man himself, Paul Wall. City Spud of St. Lunatics also hit the stage to ride shotgun for “Ride Wit Me.”

Nelly capped off his melody with a trifecta of “Dilemma” (sans Kelly Rowland), “Flap Your Wings” and the infectious, Neptunes-produced “Hot In Herre,” which earned him his first Billboard Hot 100 No. 1 back in 2002.

Needless to say, Nelly’s medley was a trip down memory lane for viewers of a certain age, including Trey Songz and Stalley. J. Cole, Cardi B and Lil Baby also took home awards at the 2021 BET Hip Hop Awards — check out the full list of winners here.

Nelly killin shit! This is dope