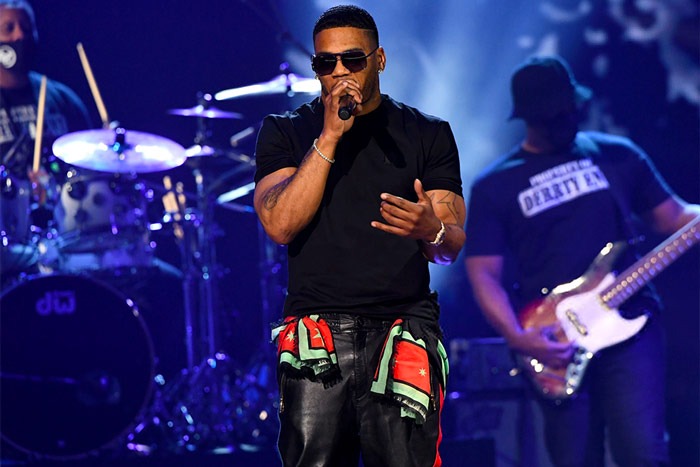 Nelly celebrated 20 years of Country Grammar with a performance at the American Music Awards.

The St. Louis rapper took it all the way back to 2000 with a three-song medley of hits off his diamond-certified debut, starting with the title track.

“I wanna thank each and every one of y’all for celebrating 20 years of the best album in the world,” said Nelly.

Joined by fellow St. Lunatic City Spud, he continued with “E.I.” before capping it with “Ride wit Me.” Cedric the Entertainer, who appeared on the album, even made a special appearance at the end.

In between competing on “Dancing With the Stars,” Nelly is readying his country EP The Heartland featuring the Florida Georgia Line-assisted single “Lil Bit.” He also recently joined the cast of Clear Lake, the Buddy Holly-inspired biopic helmed by Oscar-winning director Bruce Beresford (Driving Miss Daisy).